Ultimate Ears and its range of portable Bluetooth speakers has done remarkably well in Australia thus far, with the Boom series becoming somewhat of a household name due to its rugged design and crowd-pleasing sound.

Today, the company has announced that the smallest member of the family is getting an update, with the compact Wonderboom 2 now officially available in Australia for AU$129.

The Wonderboom 2s maintain the small ball-esque shape of their predecessor, but the revised design minutely increases the size and packs in other improvements across the board.

Ultimate Ears has promised that the overall audio profile of the new speaker is bassier than its forebear, for example, and a new ‘Outdoor Mode’ automatically switches the equalisation to be more mid- and treble-focussed for better sound projection when you’re outside.

While you could pair two of the original Wonderbooms together for a volume boost and larger sound, the feature has been upgraded to enable the speakers to play in true stereo – now, each unit plays either the left or right audio channel, rather than just the same mono signal.

The battery life has also been bumped up from 10 to 13 hours, and the IPX7 durability rating is now an IP67 rating – that means it keeps the same water resistance as before (“can be immersed in liquid up to 1m for up to 30 minutes”) but is also totally dust tight. 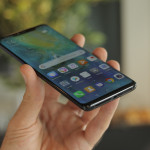 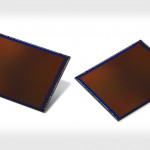 Don't miss a deal at Nike DE
Best offers at Argos
Discounts, Sales and Deals at Farfetch
Save your money with Carphone Warehouse
Online-Shopping with Sephora
Best products at Surfdome