Valve says Left 4 Dead 3 is ‘absolutely not’ in development

Following a recent spate of rumors that another Left 4 Dead game is in the works, Valve has stepped forward and said that this is “absolutely not” the case.

In a full statement to IGN the studio confirmed “we are absolutely not working on anything L4D related now, and haven’t for years.”

There have been reports of another entry in the Left 4 Dead series hobbling around from as far back as 2013 but rumors really started to pick up again in recent months, particularly on the Valve News Network YouTube channel, which is possibly part of why Valve has decided to speak up now.

Leaving it for dead

Another big reason is likely to be HTC president Alvin Wang Graylin, who only added fuel to the fire this month when he shared slides from a presentation on VR to Twitter which mentioned Left 4 Dead 3 and Half-Life: Alyx driving “consumer and AAA studio interest” in VR in 2020.

This is not to say another Left 4 Dead game was never on the cards; in its statement Valve admitted that it did “briefly explore some Left 4 Dead next gen opportunities a few years ago.”

But Valve rounded up its statement by saying “It’s clear some people are having fun creating misinformation to spin up the community and other outlets. Unfortunately, for now a new L4D game is not something we’re working on.”

It’s not all doom and gloom, though—those looking for another Valve title still have Half-Life: Alyx to look forward to on VR headsets later this year. 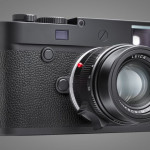 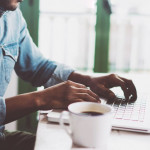 Don't miss a deal at Intuit Small Business
Best offers at Vimeo
Discounts, Sales and Deals at Udemy
Save your money with Boohoo
Online-Shopping with EE Mobile
Best products at Mobiles