Developer Warner Bros. Games Montréal has given us a fresh peek at upcoming DC superhero beat ‘em up Gotham Knights in an extended gameplay preview. The demo features Nightwing and Red Hood, and comes alongside the announcement that the game will be a next-gen exclusive.

The 10-minute Gotham Knights preview focuses on the two playable characters as they appear midway through the game, showing off their various fighting styles, traversal abilities, and gadgets. It also previews several types of Crimes you’ll encounter across the game, which look to function like mini encounters distributed across the map.

Nightwing is shown nipping around the rooftops of Gotham using a jet-powered flying trapeze (presumably as a nod to the character’s circus performer roots), as he tracks down a criminal gang called The Regulators. His fighting style is described as “acrobatic” and certainly looks fluid as he “ping pongs” across the battlefield, spinning between henchmen while performing frantic somersaults.

Red Hood, meanwhile, can jump across the skyline using his Mystical Leap ability, propelling himself forward by releasing a burst of “soul energy”. Performing successful attacks and dodges will build his momentum bar, which can be used to unleash powerful special abilities.

Although Red Hood can perform melee attacks, he looks best suited to ranged combat. Twin handguns let him fire nonlethal rounds, and he can attach bombs onto enemies before throwing them into crowded fights. Elsewhere in the video, he’s seen driving around the Gotham streets on the Batcycle, which game director Geoff Ellenor says can be used by all the heroes in Gotham Knights.

The preview also teases some of the customization mechanics you’ll be using, including options to construct new suits and gear. You’ll be collecting resources by fighting crime, and upgrading individual gadgets using mods. The game’s UI can also be customized, although the video doesn’t specify exactly what sort of HUD personalization is offered.

Check out the gameplay demo below to see more features like the fast-travel Fastbat, the Court of Owls, and Gotham Knights’ stealth gameplay in action.

No last-gen release; no four-player co-op

The video also mentions that you can play through the whole campaign either solo or in two-player co-op. That’s been something of a hot topic recently, as excited fans thought they’d spotted a leaked feature of Gotham Knights’ co-op on the PSN store. The listing page briefly suggested it would support online play for up to four players, prompting some players to assume the game would support four-player co-op, rather than the two-player multiplayer as was previously announced.

That turned out to be a red herring, however. PCGamesN was reportedly told by Warner Bros. games brand manager Devon Newberry that Gotham Knights will only “have two-player campaign co-op, as announced previously”, and the game’s PSN store page has since been updated to remove the 4-player co-op tag. It now says the game only “supports up to 2 online players with PS Plus”.

Gotham Knights is expected to release on October 25 for PS5, Xbox Series X|S, and PC, and is available to pre-order from today. However, the game won’t release on PS4 or Xbox One, as was previously announced.

“To provide players with the best possible gameplay experience, the game will release on PlayStation 5, Xbox Series X|S and PC and will not be available for PlayStation 4 or Xbox One consoles,” Warner Bros. Games Montréal said in a press release.

Bad luck if you haven’t yet upgraded to the latest console generation. 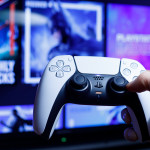 Sony's profit nosedive could mean you can finally get a PS5 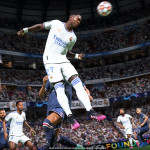 Don't miss a deal at Turbo Tax
Best offers at Virgin Media
Discounts, Sales and Deals at Intuit Small Business
Save your money with Vimeo
Online-Shopping with H&R Block
Best products at Argos