Nintendo has revealed a new Pokémon game for 3DS in which a Sherlock hat-wearing Pikachu solves crimes. We’re not winding you up.

The game, titled Great Detective Pikachu: The Birth of a New Duo, will be released in Japan on February 2. The Pokémon Company has released a trailer for the game, showing footage of Pikachu in full sleuth mode.

But wait, there’s more: Pikachu will be voiced by a human male. Check out the video below to see what we mean.

And before any of you start asking how Pikachu can suddenly speak human language and not just make “Pika Pika” noises, let’s not forget that Meowth also learned to speak with humans in the Pokemon TV show.

Of course, you already knew that. 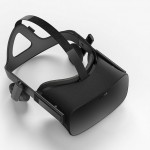 This year's GDC is all about virtual reality gaming 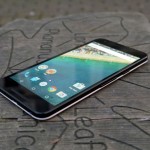 Don't miss a deal at Argos
Best offers at Farfetch
Discounts, Sales and Deals at TalkTalk Phone and Broadband
Save your money with EBay DE
Online-Shopping with O2 Mobile
Best products at Carphone Warehouse