Enterprising Russian YouTuber Valplushka has filmed what could well be the very first example of droneboarding: pulling someone along on a snowboard with nothing but drone power.

Admittedly, we’re going to need more powerful drones for this to take off seriously – the little lad involved in the stunt is barely moving – but it’s still a brilliant idea for getting more from your Unmanned Aerial Vehicle.

creator of the video says “it’s just an idea” that’s not to be taken seriously (or at least that’s what Google Translate says) but we think there’s plenty of future potential here.

From superfast 5G networks to aerial photography to door-to-door deliveries, drones are only just beginning to show what they’re capable of. And now you can add winter sports to that list. 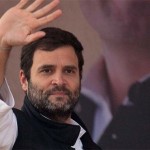 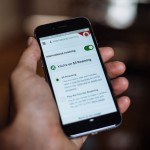 Don't miss a deal at Bodybuilding
Best offers at Myprotein
Discounts, Sales and Deals at Ancestry
Save your money with Argos
Online-Shopping with Farfetch
Best products at Ticketmaster UK