Windows 10 could get a brand new look later this year

Windows 10 is set to make big changes to its interface this year, according to rumors which have been flying for a while now, and a Microsoft job listing apparently confirms this – and that the alterations made to the desktop will be of a ‘sweeping’ nature, no less.

Windows Latest shared the details of the job advert it uncovered, which dates back to October 2020, and tells the prospective applicant that: “On this team, you’ll work with our partners to orchestrate and deliver a sweeping visual rejuvenation of Windows experiences to signal to our customers that Windows is BACK and ensure that Windows is considered the best user OS experience for customers.”

Note the all-caps ‘BACK’, and there’s a further bit of gushing, too, along the lines of building “delightful, polished, iconic experiences for the future of Windows”; so it certainly seems that Microsoft is aiming high with the big UI remake that’s apparently codenamed ‘Sun Valley’.

We’ve heard quite a lot about Sun Valley from one trustworthy source of Microsoft leaks in particular, and it purportedly does promise to usher in an all-new look for Windows 10, revamping all the core elements of the desktop UI as we know it, bringing in a more modern and contemporary visual style.

The above job listing would certainly seem to reinforce exactly how big a change Microsoft is planning to make, but as ever with the speculation that filters down from various sources here and there, we shouldn’t get carried away with any one particular nugget from the rumor mill.

Theoretically, the plan is for Microsoft to bring in these major interface changes with the big update due later in 2021 (the first update this year, 21H1, will supposedly only be a minor upgrade, much like the most recent October 2020 Update).

If you want to get a feel for what ‘Sun Valley’ might look like, an interesting concept video was made based on the proposed changes that could be happening (but remember, nothing is set in stone yet, and even if Microsoft is working on the rumored alterations, there’s no telling whether that might change in the coming months). 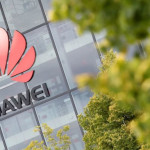 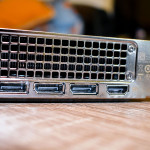 Don't miss a deal at The Home Depot
Best offers at Mobiles
Discounts, Sales and Deals at Adobe
Save your money with Myprotein
Online-Shopping with GoCompare
Best products at Vimeo