Windows 10 gets an app to help fix search problems

Microsoft doubtless realizes that the search function in Windows 10 suffers from a pretty poor reputation in many quarters, as the firm has been working to improve it on number of fronts, the latest of which is to release a new Indexer Diagnostics tool.

This is an app (Ghacks spotted the beta version, which hasn’t yet been officially announced) that can be downloaded from the Microsoft Store, and the idea is it can identify any problems that crop up with the Windows Search Indexer. That’s the process which indexes and pre-catalogues the files on your OS installation, and essentially drives the search function to more quickly find whatever you might be looking for.

It’s been well-documented that this has been a problematic area for Microsoft in the past – with people disabling the Search Indexer due to it hogging CPU or disk resources – and the company has been making efforts to cure this sluggishness as we’ve seen, and this move is another part of that drive.

The Indexer Diagnostics app is a troubleshooting utility which highlights a number of stats about Indexer usage, and has various bits of functionality including a ‘search not working’ section which gives the user options to either reset or restart Windows 10 search, hopefully fixing it if the service has fallen over.

Search under the microscope

You can also use the tool to find out exactly what the Indexer is indexing, and indeed whether any specific file has been indexed by the search function. Furthermore, there are performance-related tracking measures for advanced users, and the ability to report bugs.

All of which could be pretty useful, and even if these measures are more aimed at system admins, they could still be handy for the average user (or certainly the more curious and advanced user who wants to see how things are working under the bonnet of their operating system).

Perhaps more to the point, this is another good sign that Microsoft seems to be committed to resolving the issues around Windows 10 search.

Some folks would still argue, though, that any issues with the Search Indexer aside, there are bigger problems with Windows search in terms of Microsoft bloating it up with measures like Cortana integration and web results. The intention might have been to make a more powerful and all-encompassing search function, but the result can often be felt as a dilution of the actual core purpose of Windows search – namely finding the files you want on your computer. 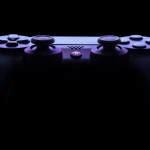 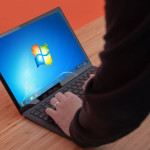 Don't miss a deal at Farfetch
Best offers at The Home Depot
Discounts, Sales and Deals at Mobiles
Save your money with O2 Mobile
Online-Shopping with EBay DE
Best products at Turbo Tax