Windows 10 May 2019 Update, also known as Windows 10 version 1903, is being released slowly and steadily to users. Parallel to that, Microsoft has updated its minimum hardware requirements page to confirm that the lowest storage requirement for Windows 10 1903 update will be 32GB for both 32-bit and 64-bit Windows. Earlier, the minimum requirement was 16GB for 32-bit Windows 10, and 20GB for 64-bit Windows 10. The updated page fails to detail why Microsoft made this change.

Windows 10 version 1903 update aka Windows 10 May 2019 update is already available to download through Microsoft’s Media Creation Tool. Users need to have a valid Windows 10 license to download this update. Microsoft has announced that it is slow-tracking the rollout of the May 2019 Update so that it can collect data about potential conflicts and bugs before too many people are affected. 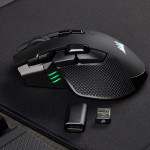 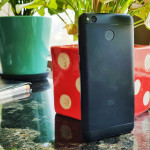 Don't miss a deal at Carphone Warehouse
Best offers at Marks and Spencer
Discounts, Sales and Deals at Adobe
Save your money with Vimeo
Online-Shopping with Ancestry
Best products at Newegg