An upcoming Windows 10 update is expected to resolve a bug affecting the Optimize Drives tool that could be damaging the longevity of solid state drives (SSDs).

Issues first arose with Windows 10 version 2004, pushed live in May, after which users began to report that the optimization tool was failing to record the last time a drive had been defragged.

This meant Windows 10 was performing automatic drive optimizations far more frequently than it should, which could have implications for the lifespan of an SSD.

When a drive is defragmented, its contents is essentially reorganized in a way that allows data to be accessed more quickly. Defragging a heavily fragmented drive can result in stark performance gains, but the optimization process is also taxing for the drive itself.

Traditionally, Windows 10 should record the last time a drive has been optimized to ensure it is not subjected to unnecessary wear and tear.

In the case of SSDs, some experts believe it’s not sensible to perform defragmentation at all, while others have previously stated that there are benefits to optimizing a heavily fragmented SSD roughly once per month.

However, as a result of the Windows 10 2004 bug, the Optimize Drives tool is defragging drives every time the connected device is rebooted. In effect, this means many SSDs are being defragged circa 30x more frequently than is optimal.

Microsoft has acknowledged the issue, first identified in June, and has already rolled out a fix for members of its Insider program with Windows 10 Build 19042.487 (20H2).

While regular Windows 10 users wait for the fix to be tested in beta and rolled out the entire user base (which should take place sooner rather than later), it is advisable to turn off automatic defragging to prevent further damage to SSDs. 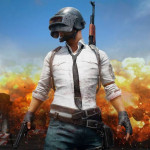 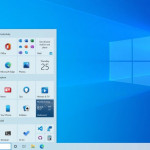 Don't miss a deal at Mobiles
Best offers at Vimeo
Discounts, Sales and Deals at Intuit Small Business
Save your money with Adobe
Online-Shopping with TalkTalk Phone and Broadband
Best products at Nike DE