Windows 10 update kills off one useful feature, but improves many more

Microsoft has released a new build of Windows 10, killing off the Aero Shake feature that some people – but not enough, it seems – found very useful.

Aero Shake allowed you to click a window and shake it with your mouse. This would minimize every other open app, leaving just the window to app that you had shaken.

It was quite handy for people who often have loads of windows cluttering their desktop, and want to quickly and easily minimize most of them to focus on a single app.

However, it seems like not enough people were using the feature to justify its inclusion in Windows 10. Also, some people found that it was a bit too easy to accidently trigger Aero Shake when simply moving windows about on the desktop, which can be quite annoying.

As Windows Latest points out, however, it can be enabled via the Registry Editor. As Microsoft notes in its changelog, to do this, you need to “create a new DWORD entry named DisallowShaking with a value of 0.” As always, if you’re tweaking things in the Registry Editor, please be careful, as it’s a powerful tool that can impact your PC’s performance if you make a mistake.

Speaking of the Registry Editor, it’s getting new features, which is a nice surprise as it’s a rather niche, unglamorous Windows 10 tool. A new keyboard shortcut (Ctrl + Backspace) allows you to quickly delete words, rather than deleting letters manually.

Microsoft is also updating another legacy tool, Device Manager. A new feature called “ViewDrivers” will give you quick access to drivers using the .inf file type, and will provide handy information about the drivers to let you keep them updated.

So, it’s a bit of a mixed bag for features with the latest update, but while we’ll mourn the loss of Aero Shake, we’re glad to see Microsoft is continuing to update Windows 10’s older features. 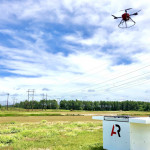 Don't miss a deal at Marks and Spencer
Best offers at Newegg
Discounts, Sales and Deals at Brian Tracy
Save your money with Farfetch
Online-Shopping with Surfdome
Best products at O2 Mobile