Xbox and PlayStation networks adjusted due to surging demand

As internet usage around the world soars due to the effects of the coronavirus, tech companies are taking steps to ensure their services remain as unaffected as possible. Services such as gaming are seeing record levels of engagement, but two major names — Microsoft and Sony — have assured players they’re watching the situation closely.

In a statement sent to Engadget, Xbox product services corporate vice president Dave McCarthy said the company is “actively monitoring usage and making temporary adjustments as needed to ensure the smoothest possible experience for our gamers.” Meanwhile, in a blog post, Sony CEO Jim Ryan said that PlayStation was doing its bit to “address internet stability concerns,” noting that players in Europe may “may experience somewhat slower or delayed game downloads but will still enjoy robust gameplay.” We’ve also reached out to Nintendo, which says it has nothing to announce yet.

These are unprecedented times for the tech industry, and with more people working from home or turning to the internet during periods of isolation, bandwidth is being stretched. Some companies, such as mobile carriers Verizon and T-Mobile, have been granted temporary freedoms to help deal with soaring demand. Others, such as Netflix and YouTube, have pared back its services to help ease congestion. 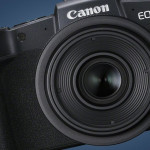 Canon EOS R6: everything we know about the entry-level full-frame camera 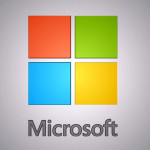 Don't miss a deal at EBay DE
Best offers at EE Mobile
Discounts, Sales and Deals at John Lewis
Save your money with Groupon
Online-Shopping with Myprotein
Best products at Argos