In 2019, Xiaomi unveiled a 100W phone charger which was much snappier than anything else at the time, and it seems the company may be about to one-up itself with the development of a 120W charger.

A video put out by the Sparrow News YouTube channel (which you can see further down) shows a physical Xiaomi power plug, the type that comes bundled with smartphones, which powers up at 120W. That’s much faster than the iPhone 11’s 18W charger and the Samsung Galaxy S20’s 25W plug block.

As suggested by its previously-shown 100W charger, Xiaomi is working on super-fast phone chargers to cut down the time it takes to power your phone, so it’s very possible this leaked information will be backed up by an official announcement soon.

It’s worth pointing out that Xiaomi isn’t the first company to reach 120W charging speeds, as in early 2019 Vivo showed off a demo of a 120W charger filling a 4,000mAh battery in 13 minutes, but that tech is yet to make its way to a smartphone you can buy.

But will we see it?

Like Vivo’s 120W charger, Xiaomi’s 100W tech isn’t currently available – instead it’s just a demo to show the technology is there.

Given that phone companies are always improving the specs on their devices, we’d expect 120W chargers on phones to exist at some point, though it might not be in the immediate future.

There’s also the possibility that the video is fake, with a forged sticker placed on top a pre-existing Xiaomi charger, so take it with a pinch of salt.

If this 120W charging tech is real, we wouldn’t expect to see it in smartphones right away, but it’s possible in the next few years we could see a Xiaomi phone with 120W charging. 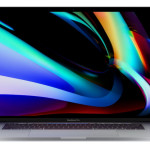 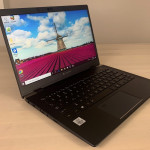 Don't miss a deal at EBay DE
Best offers at TalkTalk Phone and Broadband
Discounts, Sales and Deals at Turbo Tax
Save your money with Virgin Media
Online-Shopping with Intuit Small Business
Best products at Vimeo

Google will push Hangouts users to Chat in 2021