Most rumors suggest Samsung will launch its new Galaxy S-series lineup earlier than usual this year. But even with a supposed January 14th reveal date, the S21 won’t be the first phone to come out with Qualcomm’s new Snapdragon 888 processor. That distinction will go to Xiaomi’s new Mi 11 phone, which the Chinese manufacturer announced today and said it plans to release in China on January 1st.

The Snapdragon 888, if you need a refresher, is Qualcomm’s latest flagship mobile processor. The company claims the chipset features 25 percent and 35 percent better CPU and GPU performance than the Snapdragon 865. It also comes with Qualcomm’s new X60 5G modem, which is directly integrated into the chip this time around. Qualcomm is positioning the 888 as a breakthrough chip, and the Mi 11 will be our first opportunity to see if it lives up to the company’s claims.

Snapdragon 888 aside, the Mi 11 includes about all the features you would expect from a high-end phone in 2020, with a few nifty features here and there to make it stand out from other devices. Xiaomi has also simplified the Mi 11 lineup. Instead of offering standard and Pro variants as in years past, it now plans to sell a single flagship — though its customers will still get the chance to decide how much RAM and storage they want. The base model comes with 8GB of RAM and 128GB of UFS 3.1 storage, while the top-end version features 12GB of RAM and 256GB of storage.

For taking photos, the new Mi 11 comes with a 108-megapixel main camera that’s attached to an f/1.85 aperture lens, a 13-megapixel ultra-wide camera with 123-degree field of view and a 5-megapixel camera for macro and telephoto shots. Nothing too exciting on the hardware front there, but the Mi 11 supports 8K video capture and has a new nighttime video mode for capturing brighter low-light footage.

Like the iPhone 12, the Mi 11 won’t come with a power adapter in the box — at least in China. But Xiaomi told Android Authority it will offer a bundle that includes its 55W charger at no extra cost. That power adapter can charge the Mi 11’s 4,600mAh battery to full in about 45 minutes. The phone also comes with 10W reverse charging. On the connectivity front, the Mi 11 includes NFC, WiFi 6e and Bluetooth 5.2 support. It also includes an IR blaster for good measure.

The Mi 11 will go on sale in mainland China next month and will start at 3,999 yuan (approximately $611). The company didn’t say anything about a global launch just yet. 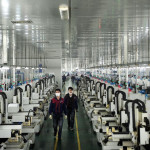 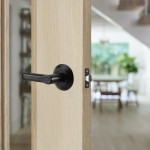 Don't miss a deal at EE Mobile
Best offers at Ticketmaster UK
Discounts, Sales and Deals at Bodybuilding
Save your money with Sephora
Online-Shopping with TalkTalk Phone and Broadband
Best products at O2 Mobile