Home » Games » ‘Yakuza: Like a Dragon’ trailer shows off its minigames
0

‘Yakuza: Like a Dragon’ trailer shows off its minigames

Anybody who’s ever played a Yakuza game before would tell you that half of the fun is playing its minigames and doing its crazy sidequests. Looks like we can expect the same thing from Yakuza: Like a Dragon, even though Kiryu is no longer the protagonist and it’s set in a Yokohama district instead of in the fictional version of Tokyo’s Kabuki—cho. Sega has released a new trailer entitled “The Quest Begins” for the upcoming title, showing off new protagonist Ichiban Kasuga and his friends, their insane summoning powers and the minigames we can expect to play.

There’s a racing game called Dragon Kart wherein you have to drive on the streets of Yokohama while picking up boxes to gain weapons. It has a movie theatre rhythm game, darts and vocational school quizzes. And, of course, there’s karaoke, because it would be a crime to release a new Yakuza game without one. For the first time ever, fans can listen to the English renditions of their favorite songs from the series, including “Baka Mitai” (translated into “I’ve Been a Fool”) and “Machine Gun Kiss.” Makes sense, since the title does have an English dub.

Yakuza: Like a Dragon will be out on November 10th for the Xbox Series X and S, Xbox One, PlayStation 4 and PC via Windows 10 and Steam. Fans who buy the PS4 version, whether physical or digital, will be able to get a free upgrade when the game comes out for the PS5 on March 2nd, 2021. 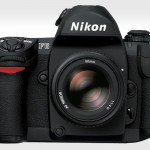 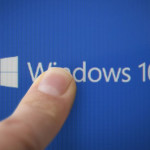 Don't miss a deal at Udemy
Best offers at Brian Tracy
Discounts, Sales and Deals at GoCompare
Save your money with John Lewis
Online-Shopping with Virgin Media
Best products at Nike DE