The global smartphone average selling price (ASP) rose by 10% during the second quarter as lower sales of cheaper handsets, the resilience of the premium segment, and demand for 5G devices helped offset the wider issues caused by thecCoronavirus pandemic.

Lockdown measures have limited economic activity worldwide, with consumers unable or unwilling to make certain purchases. Sales of mid-range and low-range handsets were hit particularly hard as a large proportion of these take place on the high street.

Counterpoint Research says the industry recorded its lowest ever quarterly shipment decline of 23% however total revenues only fell by 15% as consumers bought more expensive devices.

Industry ASP has been rising over the past few years due to market saturation and the increasing cost of flagship devices, but Covid-19 has added additional variables that have accelerated this trend.

Shipments of premium smartphones only fell by 8% with Apple – the largest player in the high-end segment – seeing volumes rise by 3% and revenues by 2%.

Analysts suggest that far from putting off purchases, more affluent users were seeking to upgrade as they became increasingly reliant on their smartphone for work, communications and entertainment during lockdown.

Demand for 5G handsets can also explain this resilience as the majority of compatible handsets to date are in the premium segment. While 5G devices account for just ten per cent of sales, they contribute 20 per cent of overall revenues.

In China, where conditions have largely returned to normal following the pandemic, the increasing availability of 5G networks coupled with a significant push by Huawei have seen sales spike. Smartphone sales in the country rose by 12% during Q2, contributing a third of all revenues – the highest rate since 2016.

These trends are also reflected in the vendor share of revenue. Apple generated 34%, Huawei 20% and Samsung 17%. 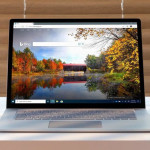 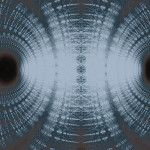 BT and Toshiba use Quantum Cryptography to create 'unhackable' network

Don't miss a deal at Udemy
Best offers at TalkTalk Phone and Broadband
Discounts, Sales and Deals at Currys
Save your money with Ticketmaster UK
Online-Shopping with Vimeo
Best products at Argos