Your next Intel laptop could be 5G-ready thanks to MediaTek

If you’ve heard of MediaTek, it’s probably been in relation to a midrange smartphone like the Motorola One Maco or Oppo Reno Z; but this Taiwanese chip-maker is everywhere; or more specifically, everywhere there’s an Amazon Echo device… so, basically, everywhere.

Not content with infiltrating homes around the world, MediaTek now has its sights set on 5G laptops and flagship 5G smartphones as 2019 draws to a close.

Kicking off with laptops and MediaTek is poised to hit the PC market, having announced a partnership with Intel. MediaTek will be offering up its 5G modems to Intel, and in turn, laptop makers, with the fruits of the partnership expected to hit the market around 2021.

This isn’t the first time we’ve seen computers loaded up with cellular connectivity – Qualcomm’s chips connected devices like the HP Envy X2 back in 2018, for example.

After reviewing that generation of Windows 10 on Snapdragon devices, however, it was clear that connectivity came at the cost of performance.

Time to get excited?

Why MediaTek’s partnership is different – and in turn, exciting, is because, by just supplying the 5G modem and letting Intel get on with making its tried and tested processors, there could be less margin for error.

This could mean full-fat Windows and blisteringly fast data-speeds wherever you have 5G signal – so long tethering and WiFi hunting, as well as latency-free on-the-go online gaming.

Dell and HP are expected to be amongst the first to make laptops packing Intel chips with MediaTek modems, so watch this space.

Smartphones are getting the 5G treatment too, with MediaTek’s new 5G chipset, the Dimensity 1000 also announced. This could herald a wave of lower-cost 5G flagships, if the company’s value-centric history is anything to go by.

What’s cool about this 5G chipset is that it supports 5G dual-carrier aggregation; in English, that means it can grab two 5G networks and pool their speeds together, enabling downloads of up to 4.7Gbps. That means a 100GB 4K movie could download in just over 21 seconds!

With its 7nm architecture, MediaTek is claiming that the Dimensity 1000 delivers greater power efficiency than other 5G SoC, as well as support for 80MP camera sensors and AI image processing too. It’s also the world’s first chip to pack an Arm Mali-G77 GPU, so is expected to deliver flagship-grade gaming on displays with refresh rates of up to 120Hz.

Luckily, we don’t have to wait until 2021 to get our Dimensity on, with 5G phones powered by MediaTek’s flagship processor expected to launch in Q1 2020. While we don’t know which smartphones will be getting the Dimensity 1000, current MediaTek partners include Motorola, Oppo and Sony, so our best guess lies with them. 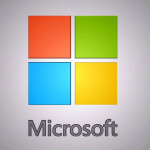 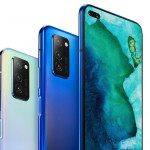 Don't miss a deal at House of Fraser
Best offers at John Lewis
Discounts, Sales and Deals at Farfetch
Save your money with Adobe
Online-Shopping with Carphone Warehouse
Best products at Myprotein