Zvox AccuVoice AV157 TV Speaker review: It’s like a hearing aid you plug your TV into

Zvox Audio would prefer you call its new AccuVoice AV157 soundbar a “hearing” product rather than a “home theater” or “audio” component. Pretty much anyone will find that it sounds significantly better than the utilitarian speakers built into the average television, but the target audience is people with impaired hearing. Folks who stress out when watching TV. Who strain to hear voices over the background music and sound effects in movies and TV shows. Who regularly drive other family members (and sometimes neighbors) nuts by cranking the volume to “eleven,” yet still asking “What did he just say?”

I’ve taken care to preserve my own hearing, rarely cranking headphones beyond 90dB, and hanging out in the back of clubs. But it is all but impossible to avoid losing some hearing acuity as we age. And I suspect that’s why I sometimes have trouble picking out the dialogue in action flicks when there’s a seriously revved up musical score and sound effects competing for attention. Or when I watch shows populated by seriously accented Brits. If you’re thinking “I know what that’s like,” you’ll find this 2.8-pound, 17 x 3⅜ x 2⅞-inch (WxDxH) soundbar to be a stress reliever—maybe even a marriage saver—that’s easily worth a $300 investment.

When I plugged the AccuVoice AV157 into my TV and sat down to watch the 4K Blu-ray edition of Top Gun, I didn’t miss a word of dialogue despite the frequent roar of fighter-jet engines. Nor have I missed any of the sly, under-the-breath jokes running rampant in the Netflix comedy/travelogue series Jack Whitehall: Travels with My Father, or HBO’s fast-talking Last Week Tonight with John Oliver.

Equally telling has been testing just how low I could set the volume (notch 4 out of 30) and still suss out dialogue on my bedroom TV. That’s a useful enhancement for anyone’s late-night viewing, since sensory overload can disturb your subsequent sleep, not to mention that of the significant other sharing your bed chamber.

While not equipped for Bluetooth or Wi-Fi streaming, the AccuVoice AV157 is the first Zvox soundbar to be “Alexa Ready.” You can connect any Amazon Echo smart speaker or display with a 3.5mm analog-audio output to this speaker and use it either in tandem with a TV source or as an alternate content provider. Ask Alexa for game results, a weather forecast, or to play some music and the AV157 will temporarily squash the TV’s sound until Alexa has completed its task. 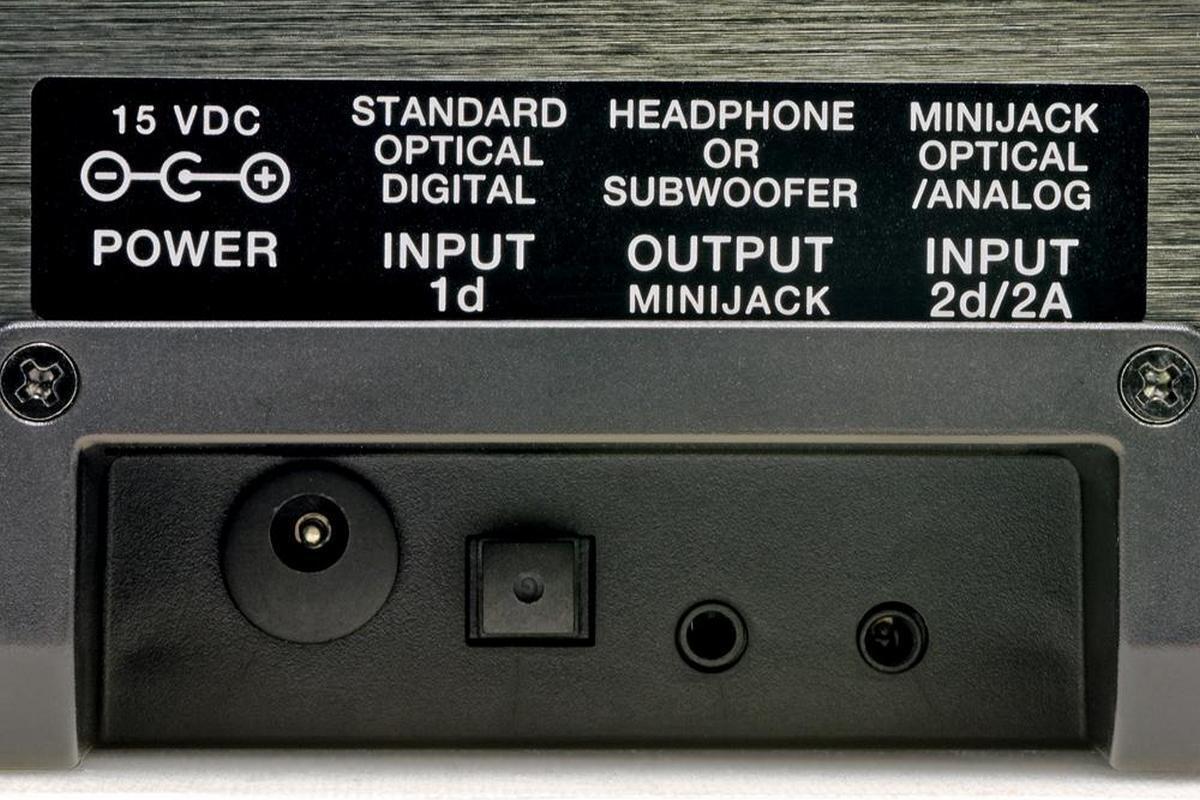 I’ve also had fun playing with Zvox’s PhaseCue virtual surround processing, which creates surprisingly dramatic, room-filling effects from this diminutive box utilizing onboard Dolby Digital decoding, a 24-watt (12 watts per side) Class D amplifier, and three 2 x 3-inch full-range drivers. Scary stuff was flying all around me while taking in Doctor Sleep and Alita: Battle Angel. How is this magic done? When one of three levels of surround processing (labeled “Sd 1-3”) is activated, out-of-phase left-channel info is sent to the right speaker, while out-of-phase right-channel info is fed to the left speaker, and the summed left + right channels play through the center speaker.

The AV157 is actually the fifth soundbar-style speaker in the Zvox line to apply a patented technology called AccuVoice that pushes voices forward in the mix and increasingly sharpens their edges as you crank up the labeled “AC” setting from 1 to 6.

The new model takes this processing six steps further with a “phase two” algorithm called SuperVoice (identified on the display as “SUP”), which super-serves the user experiencing more serious hearing loss. The highest level of AC, and most SUP levels, are far more shrill/shrieky than I can tolerate, frankly. But if I live long enough, I might come to appreciate what’s going on here. Tellingly, the circuitry and sound-shaping for this product has been guided by Tom Powers, former chief audiologist at Siemens for 30 years. If you’ve bought into his technology in a pair of Siemens hearing aids, it probably set you back $3,000 to $4,000. (Powers also is engaged in Zvox’s $399-a-pair hearing aids and noise-reducing headphone products.) 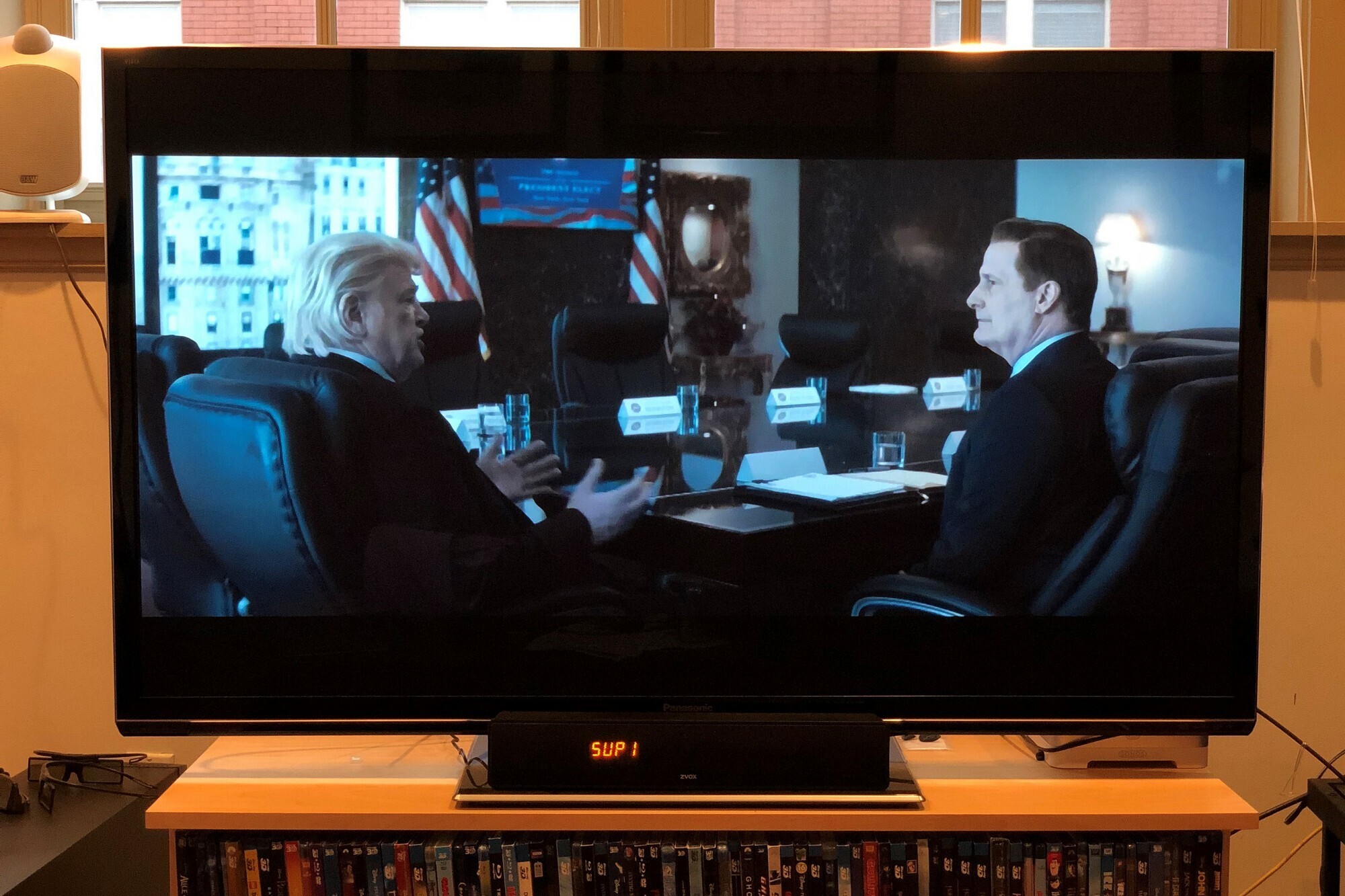 Sparked in part by Zvox’s success—the company has sold 400,000 AccuVoice-equipped speakers in the past four years, without any product placement in big-box stores—almost every competitive soundbar nowadays features a “voice enhancement” mode that boosts sound in the 3.5- to 4kHz frequency range where most voices reside.

But Zvox founder Tom Hannher says “just boosting that range does very little to separate voices from the rest of the soundtrack. One of the secret sauces in our patent is figuring out how to surgically remove the voices, so you can do crazy things to manipulate the dialogue, then quickly put it back into the mix without eliminating the soundtrack’s traffic noise, gunfire and wind blowing through the trees that’s also in the same frequency range.” And yup, I found Zvox’s processing certainly enhanced those Foley effects, too, mostly for the better in flicks like Showtime’s The Comey Rule.”

Zvox’s new SuperVoice solution tackles more specialized and extreme hearing-loss issues. This EQ software not only pushes voices forward, it pushes everything else to the rear. SUP level 1 struck me as surprisingly dull when the “LO” and “HI” controls (bass and treble respectively) were flat. Elevating to SUP level 2 significantly punched up the overall volume, bass, and dynamics. Levels 5 and 6 were so piercing they could break glass, though Hannaher says his younger sister—who is so hearing challenged she learned to lip-read as a teen—can now enjoy TV with a SuperVoice setting of 5. “It may sound scratchy to you, but she can understand what’s being said. That’s pretty miraculous.”

Setting up an AccuVoice AV157 is a 60-second process: Just plug in the power cord and one end of an optical digital Toslink or analog cable with a 3.5mm plug (the speaker comes with both) and the other end into the appropriate output from your TV. The AV157 also has a 3.5mm analog output jack so you can connect headphones or a subwoofer. A bright, orange hued display hiding behind the perforated metal grill turns on when you press a button on the smartly designed remote, then blinks off a few seconds later.

The AV157 is small and light enough to be picked up with one hand and readily transported from room to room. I’ve also enjoyed plugging it into an iPad on the kitchen counter at dinner time, to ramp up the sound of a newly discovered, three-times-weekly, Zoom-delivered musicale of rare movie and TV performances: Will Friedwald’s Clip Joint. 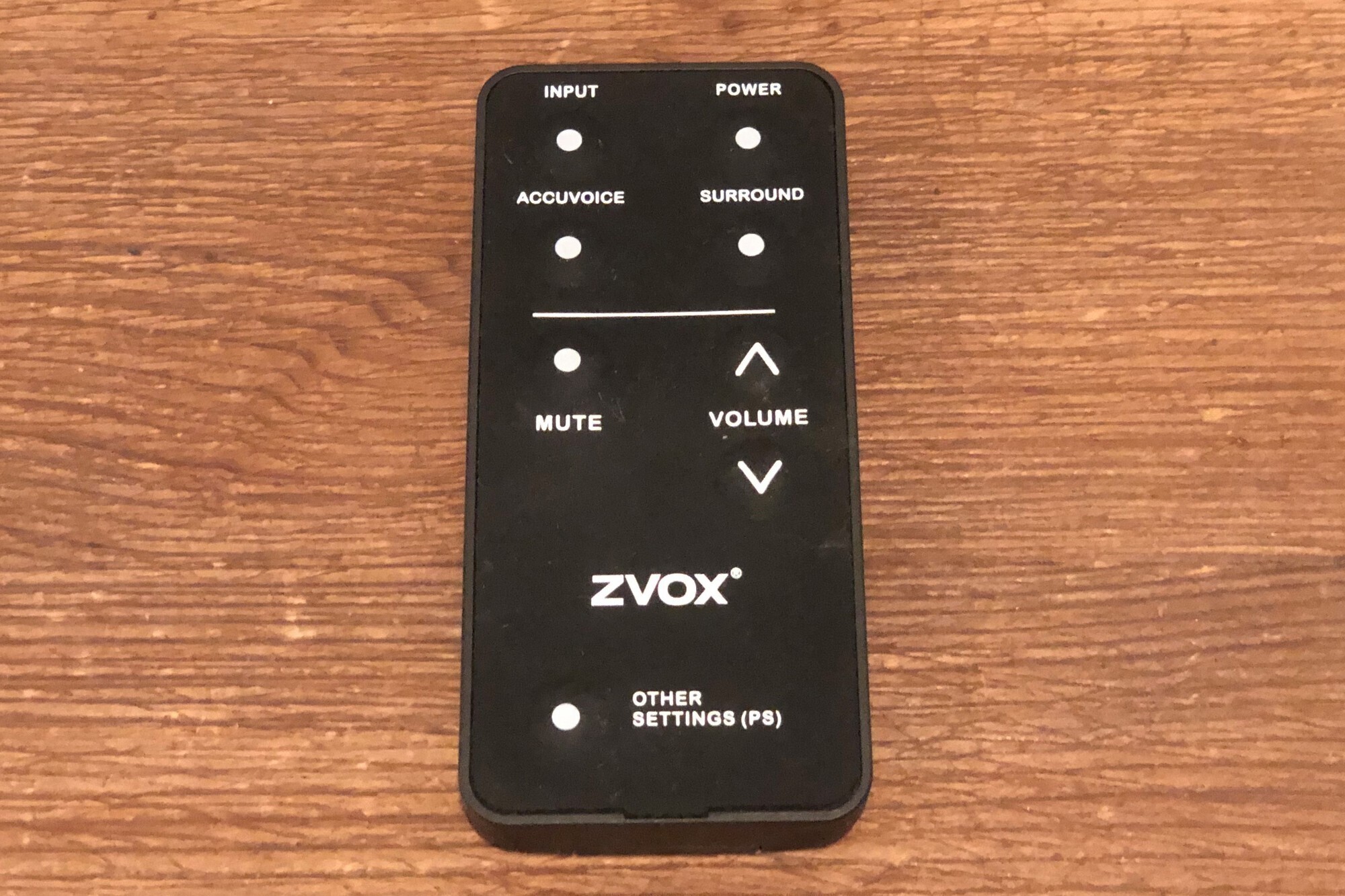 The Zvox speaker is preset at the factory to power on automatically when fed a signal, then switch to standby when the source goes silent. The bubble-buttoned remote control features one button for cycling through the six levels each of AccuVoice and SuperVoice. There’s another button to activate the three surround-simulating stages, input and mute buttons, a pair for volume and bass/treble adjustments, and another button that accesses those tone controls and the output-level stabilization option identified as OL (or noOL when disabled). Activating OL might squeeze the dynamics of a soundtrack some, but I recommend using it; otherwise, you’ll find yourself wanting to adjust the volume and tone settings almost every time you switch to a different voice-enhancement or surround-sound mode.

I’d like to see Zvox include tone-customized presets on the remote for the user’s favorite AC, SUP, and Sd levels. A +4 bass setting suits my ears and most content with the AC2 setting. But then the same tone setting (which persists) causes some low-frequency distortion (like sputtering bongo drums) when I switch to the heaviest Sd3 surround mode. Of course, an easier factory fix would be to just filter out the distortion quirk I’ve discovered.

Dialogue intelligibility is extremely well served by the AccuVoice AV157, overall fidelity reasonably so. This is a product that could literally keep you sane: Doctors have tied social isolation, depression, and worse to hearing loss. If your auditory problems are less than extreme and your budget tight, the older AccuVoice AV200—which was going for $180 on Amazon at this writing—would probably suffice. Take note that Zvox offers these things with a 60-day trial and money-back guarantee, probably because so few are returned.

Easy to set up and easy on the ears, Zvox’s AccuVoice AV157 TV speaker does a great job of clearing up mushy TV dialogue, while also brightening sound effects and musical scores. 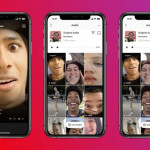 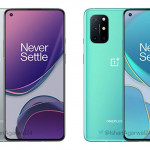 Here's your best look yet at the OnePlus 8T

Don't miss a deal at John Lewis
Best offers at Ancestry
Discounts, Sales and Deals at Surfdome
Save your money with Virgin Media
Online-Shopping with TalkTalk Phone and Broadband
Best products at Ticketmaster UK