Asus has been off the spotlight for a while now as it has not announced any new smartphones in the budget or the premium segment smartphones. The wait might be not too long, as the company is set to bring the ROG Phone 3 gaming device as early as next month.

Last July, Asus announced its ROG Phone 2 gaming smartphone and the Zenfone 6, which came to India as Asus 6Z. Tencent Games, the maker of PUBG Mobile has posted a new teaser on Weibo which says the ROG Phone 3 will be launched in July.

The ROG Phone 3 was recently spotted on TENAA and also a hands-on image was posted on Weibo. Looking at the on-paper rumoured specs, the Asus ROG Phone 3 will a beast.

The details of the upcoming smartphone were recently spotted. For starters, the ROG Phone 3 is said to come with 6.59-inch Full HD+ with 120Hz or 144Hz refresh and OLED panel. It is expected to come with the latest Snapdragon 865 chipset with overclocked cores.

On the camera front, the handset is said to feature a 64MP triple camera. The listing also suggests that the device could come with up to 16GB RAM. If this turns out to be true, this will be the first device to do so. We can also expect the device to come in other configurations with 6/8/12GB RAM. On the battery front, it is expected to pack in a massive 6,000mAh battery with 30W fast charging support.

Along with the ROG Phone 3, the company is also expected to announce the Asus Zenfone 7 next month. The Zenfone 7 was recently spotted on Geekbench which revealed a few key features. 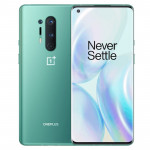 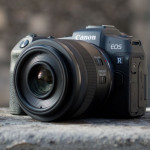 Don't miss a deal at Currys
Best offers at TalkTalk Phone and Broadband
Discounts, Sales and Deals at Marks and Spencer
Save your money with Ticketmaster UK
Online-Shopping with Nike DE
Best products at Virgin Media