The Korean electronics titan used its own lab to make sure the phones were safe to sell.

Samsung apparently has only itself to blame.

The dangerous batteries used in its ill-fated Galaxy Note 7 devices were tested by the company in-house, Samsung confirmed Monday.

“Samsung has been testing Galaxy devices including the Galaxy Note7 for CTIA certification aligning with mobile carriers’ requirements in North America through [a] CTIA certified internal testing lab since February 2009,” the company said in a statement sent to CNET.

To sell phones in the US, companies must test phone batteries at a certified lab. According to The Wall Street Journal, Samsung is the only phone maker to have its own lab certified by the CTIA, the wireless industry group that oversees testing.

This means that unlike other phone makers, Samsung does not send batteries to third-party sites for tests. It also means the company seems to be entirely responsible for not discovering the battery problems that plagued the Note 7 during its short life. The Note 7 launched August 19, just weeks before archrival Apple launched the iPhone 7.

Samsung’s lab didn’t spot any problems with either the original or replacement phones, a company spokesperson told the Journal.

On Saturday, the US government began enforcing a ban on all versions of the Note 7 on flights, describing the phone as a “forbidden hazardous material.” The ban expanded a previous restriction on the Note 7. Before Saturday, people were allowed to bring the phones onto planes but were required to power them down and not charge them or stow them in checked baggage.

Samsung, which expects billions of dollars in losses from the Note 7 debacle, has been encouraging all owners to return the phones, including offering a $100 credit incentive to people who bring in their Note 7 devices and then select another Samsung device. However, a survey conducted last week showed that 40 percent of current Samsung customers do not plan on buying another Samsung phone.

Current consumer mindset isn’t necessarily an indication of long-term views, but Samsung’s plan to go head to head with Apple’s iPhone 7 has vanished like smoke. 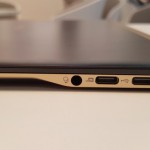 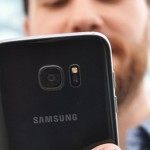 The Galaxy S8 could be Samsung's lone flagship in 2017 – report

Don't miss a deal at Newegg
Best offers at Boohoo
Discounts, Sales and Deals at Vimeo
Save your money with Ticketmaster UK
Online-Shopping with Carphone Warehouse
Best products at The Home Depot