Been waiting for a successor to the popular Canon EOS M50 from early 2018? Well, we have some good news – growing speculation suggests a Canon EOS M50 Mark II could be here soon. And its rumored specs sound very impressive.

Before we delve into what we’re expecting to see, let’s do a short rewind on the M50. A fun little camera for smartphone upgrades and travel shooters, the original camera arrived around two-and-a-half years ago as an entry-level model for Canon’s EF-M range.

With an electronic viewfinder (EVF), small form factor and Canon’s impressive Dual Pixel autofocus system, it became a popular camera thanks to its affordable price tag and ease-of-use.

But with the Canon EOS M50 now starting to show its age – particularly in the video department – it’s certainly a good time for a successor to pick up its baton. So what are the Canon EOS M50 Mark II’s rumored features and when is its expected launch date?

If the rumors turn out to be true, it sounds like we won’t have to wait long for the latter to fill us in on the former… 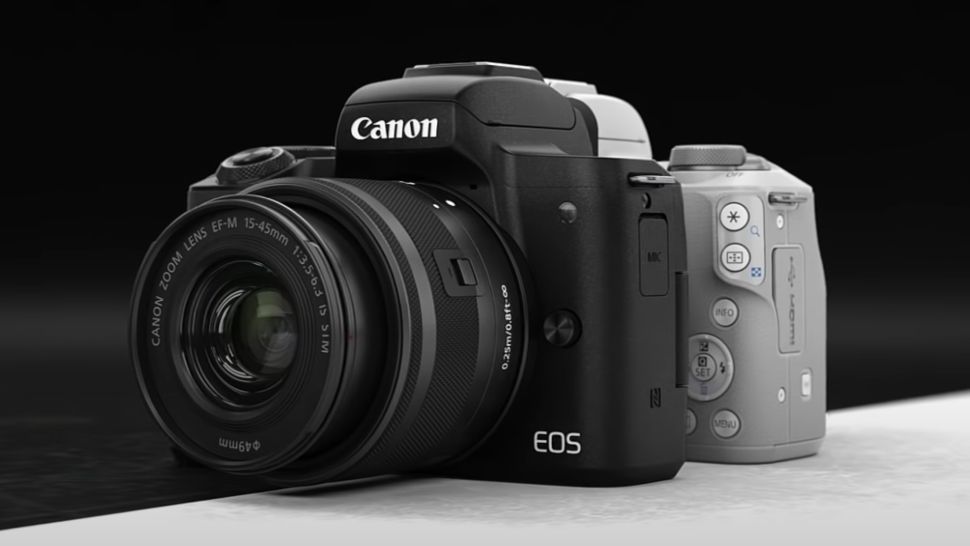 The Canon EOS M50 Mark II rumors haven’t yet pointed to a precise release date for the camera, but a recent Tweet from the very reliable Nokishita revealed that the “EOS M50 II” has been added to the latest product lists for Canon dealers, along with a new Speedlite and a few flash accessories.

This usually happens shortly before a product announcement, so we’re expecting to see the EOS M50 Mark II arrive by mid-November at the latest. That would be certainly be a sensible time for a strong contender for our best beginner cameras guide to arrive, just in time for the holiday season. But we’ll update this page as soon as we hear anything more concrete or official.

This launch timing is all a little bit later than earlier rumors predicted, with the EOS M50 Mark II originally slated to arrive in September. The global pandemic has hit a number of camera launches, though, so that’s possibly been a factor here too. We’ll just be glad to see the M50 Mark II arrive by the end of this year.

Given that the Mark II isn’t likely to be available until late 2020, the original Canon EOS M50 remains a good buy at its current price, as long as you’re prepared to accept its 4K video limitations. So it could well be worth keeping an eye out for discounts during Amazon Prime Day 2020.

Some recent rumors have backed up earlier whispers about the Canon EOS M50 Mark II’s possible specs – if true, these would make it a fine little hybrid camera for shooting a mixed diet of video and stills.

According to Canon Rumors, the EOS M50 Mark II will have a 32.5MP APS-C CMOS sensor – if so, that would likely be the same as the one in the Canon EOS M6 Mark II. It’s also expected to have Canon’s latest Digic X processor, which is a change from earlier rumors that it would only have the older Digic 8 chip.

This isn’t surprising – Canon announced the Digic X processor for the Canon EOS 1D X Mark III after those M50 Mark II original rumors, and Digic X is designed to be a family of processors that are tailored to different cameras. While this means the processor won’t necessarily be the same as the one in the Canon EOS R5, it will be powerful enough to support advanced features like Dual Pixel Autofocus II.

The latter would be a particularly exciting addition to the rumored M50 Mark II. It’s one of the best autofocus systems we’ve seen, right up there with Sony’s Real-time tracking AF, and also supports features like Animal Eye AF for wildlife (and pet) snapping.

The extra power of the Digic X processor will also apparently give the EOS M50 Mark II burst shooting powers that hit speeds of 14fps, although it’s not clear whether this is with the mechanical or electronic shutter. 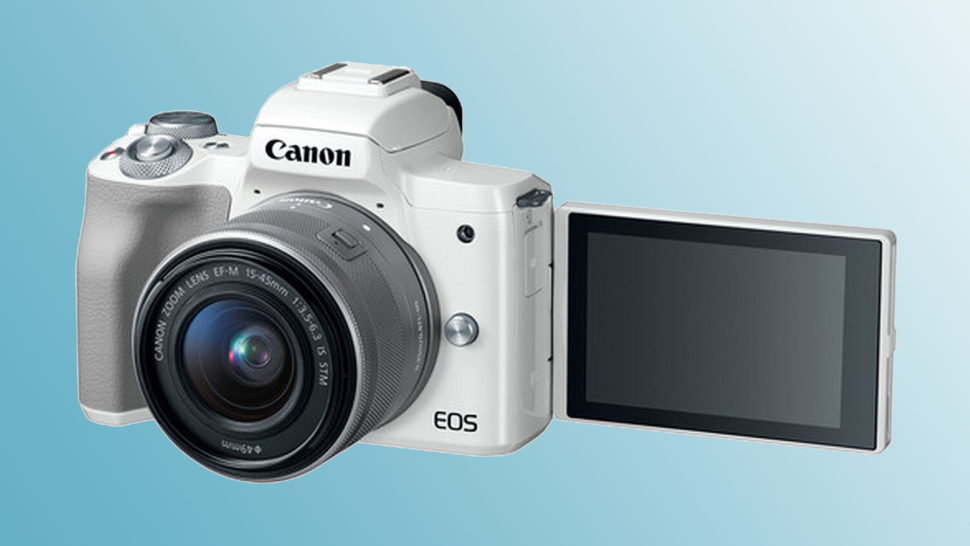 Perhaps the most interesting rumors revolve around the M50 Mark II’s video shooting powers. This is currently one of the EOS M50’s main weaknesses, given it can only shoot 4K with a 1.6x crop and at 24p or 25p. According to Canon Rumors, it sounds like the EOS M50 Mark II’s will be able to shoot 4K/60p with no crop at all, which would be a big leap from its predecessor. It could also manage Full HD shooting at a slo-mo 120p.

If the EOS M50 Mark II inherits the vari-angle screen from its predecessor, this could make it a tempting, travel-friendly option for videographers and vloggers. A major downside of the current model’s cropped 4K video is that it makes it difficult to film at arm’s length or in tight spaces. But getting close to matching the EOS M6 Mark II’s video quality would make it a much better all-rounder for those who need to shoot both video and stills.

Perhaps the only downside on this front is that the EOS M50 Mark II is now rumored to lack in-body image stabilization (IBIS). This is contrary to previous rumors, but wouldn’t come as too much of a surprise given the camera’s size and also the fact that Canon only introduced its first IBIS system on the full-frame Canon EOS R5 and EOS R6.

Still, it wouldn’t be a deal-breaker, given the EOS M50 Mark II’s likely price tag and the rest of its specs. That Canon Rumors leak, which is classed as “good information from a known source”, adds that the camera will likely have a similar EVF resolution to the Canon EOS R6 (putting it in the ballpark of 3.69-million dots) and a single SD card slot, which is to be expected for an affordable mirrorless camera.

Hopefully, the EOS M50 Mark II’s battery will also go beyond 235 shots per charge, or at least give us in-camera USB-C charging, though there are no rumors on this yet.

There haven’t yet been any leaks showing the possible design of the EOS M50 Mark II yet, though a recent patent suggests Canon may have found a way to make its mirrorless full-frame and APS-C cameras a little smaller.

As Canon News pointed out, the patent shows a design that moves the shutter motor from its traditional position next to the battery compartment to beneath the shutter assembly. This could allow Canon to make the EOS M50 Mark II a little smaller, though it won’t be a drastic change given the current M50 is already lighter than the EOS M6 Mark II and needs room for that viewfinder. 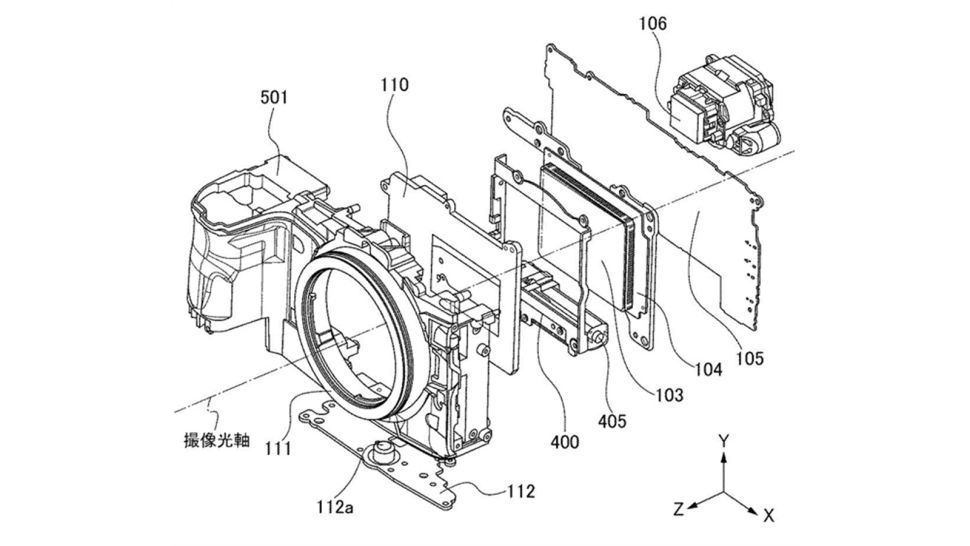 Canon cameras are renowned for their considered handling and it’s unlikely to make the EOS M50 Mark II too small at the expense of its ability to balance out longer lenses like the EF-M 18-150mm f/3.5-6.3 IS STM. 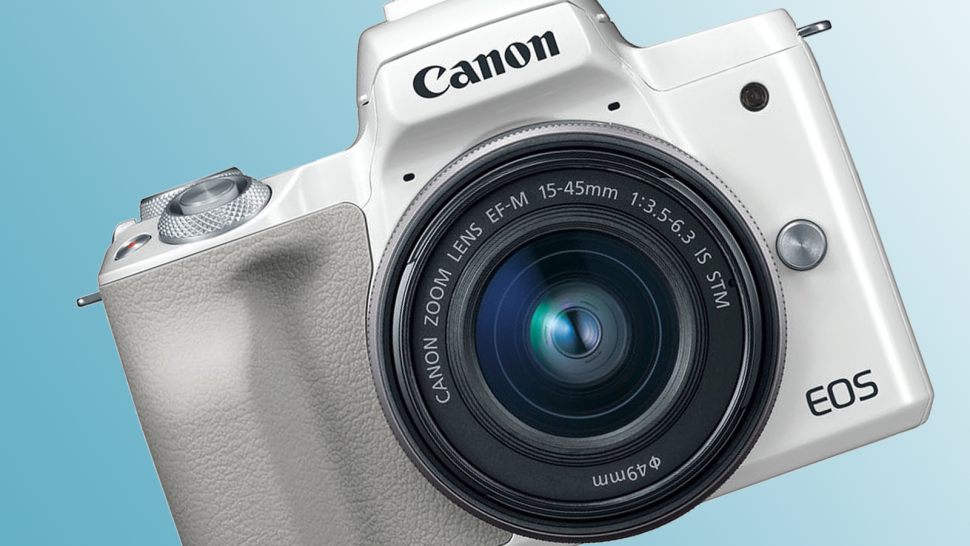 While there have been no major Canon EOS M50 Mark II leaks yet, the recent rumored specs sound simultaneously likely and pretty exciting for anyone who’s been looking for a small, affordable mirrorless hybrid with a viewfinder.

Right now, our favorite camera in that category is the Nikon Z50, but in many respects (video powers, viewfinder resolution, sensor resolution) the EOS M50 Mark II’s potential specs would beat it, on paper.

Perhaps the only major downside to the latter is that it uses Canon’s EF-M mount, whereas the Z50 is compatible with Nikon’s new range of Z-Mount glass. Hopefully, the arrival of the EOS M50 Mark II would spark the arrival of some much-needed new EF-M lenses, although there’s little news on this front.

Still, as you’d expect after two-and-a-half years, the EOS M50 Mark II is shaping up to be a big upgrade on its predecessor and one that would have broader appeal, particularly among those who want one small camera to shoot both video and stills.

We’re certainly looking forward to getting some official information on this promising, affordable mirrorless sidekick and will update this page as soon as we do. 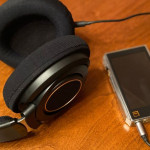 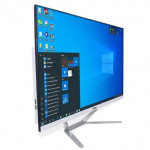 Don't miss a deal at Virgin Media
Best offers at Intuit Small Business
Discounts, Sales and Deals at The Home Depot
Save your money with Argos
Online-Shopping with Brian Tracy
Best products at Turbo Tax