Canon already has an RF mount 85mm prime , but given its eye-watering price, it’s no surprise that a second RF 85mm f/2 lens has joined the ranks. Unlike its older sibling, it’s small, lightweight and, more importantly, far more affordable. There’s a lot to like about the RF 85mm f/2 Macro IS STM lens, including its top-notch image quality, making it a must-have for any Canon R-series camera user looking for a prime lens.

We thought the Canon RF 85mm f/1.2L USM was a great lens, but then we got our hands on the newer Canon RF 85mm f/2 Macro IS STM. And while we’re not disputing the former is still a brilliant optic, this newer sibling definitely packs a huge punch.

Not only is it smaller, lighter and far more compact than the RF 85mm f/1.8, the f/2 Macro is also just a fraction of the price. It even has better corner sharpness than the L-series RF 85mm prime. Add five stops of image stabilization to the mix and it’s a winning formula that will suit any Canon EOS R-series camera user.

Admittedly, the focusing isn’t the quickest, and the mechanism is quite audible while shooting stills (although it does become a little quieter when capturing video), it’s absolutely perfect for portraiture. Where you might run into a little trouble focusing is if you’re tracking active pets or children. Despite that, you’ll still get excellent results from the 85mm f/2 Macro lens.

And the fact that it serves dual purpose – being able to capture macros – adds to its bang-for-buck quality. It’s not a true 1:1 macro – the lens can focus from as close as 35cm (1.14ft), giving it a 0.5x magnification. That’s a 1:2 macro capability, which will be sufficient for a lot of users, with great details and very pleasing blurry backgrounds.

Even when lighting isn’t the best, the f/2 aperture and the full-frame sensors of Canon’s EOS R-series cameras ensure the lens performs well in low light conditions.

Long story short, if you’re looking for a good prime lens that won’t burn a massive hole in your pocket, you can’t go wrong with the Canon RF 85mm f/2 Macro IS STM lens. 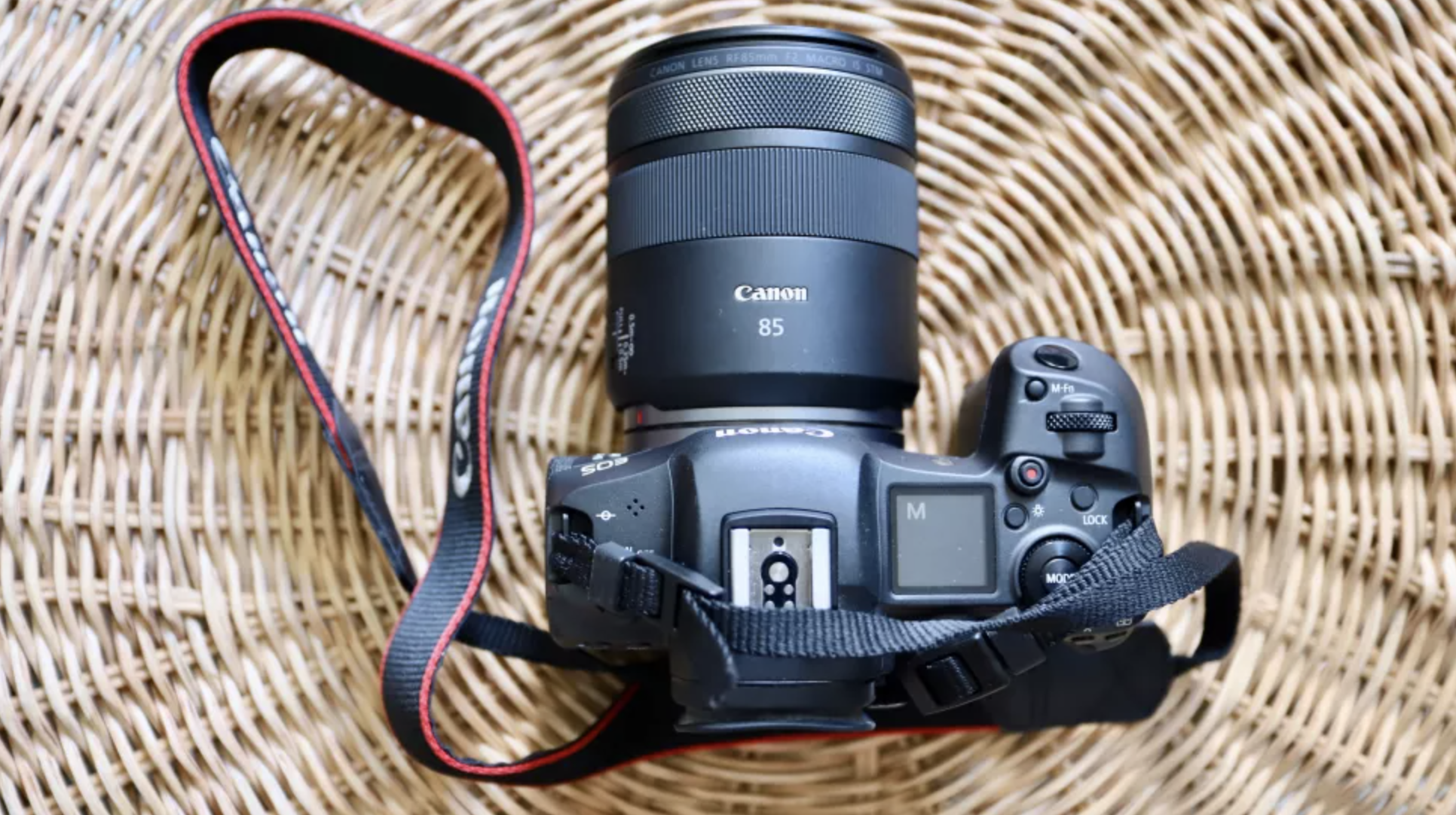 It’s available to buy now from all major camera retailers around the world.

Where its older L-series 85mm sibling features an ultrasonic motor (USM) for focusing, the newer f/2 Macro prime uses a stepper motor instead, and this has helped Canon keep the cost of the lens down. But don’t be fooled by the price tag – the RF 85mm f/2 Macro IS STM has a lot going for it.

To start with, it’s got built-in lens stability which its bulkier, more expensive L-series brother misses out on. There’s five stops of image stabilization which, when combined with the Canon EOS R5 or EOS R6’s IBIS, offers a whopping eight stops of stability. This proves remarkably useful when shooting close-ups and while panning.

It’s also a versatile lens, thanks to its macro abilities. Admittedly, it’s not a true macro, as it’s restricted to just a 1:2 reproduction ratio (macros are usually 1:1), but even that 0.5x magnification adds another element of creativity to your shots. Minimum focusing distance is about 35cm.

And while an f/1.8 aperture (like what’s found on the almost 30-year-old and yet very popular EF 85mm f/1.8 USM lens) would have been wonderful, the lens’ nine diaphragm blades render very pleasing blurry backgrounds, bokehs and shallow depth-of-field effects. 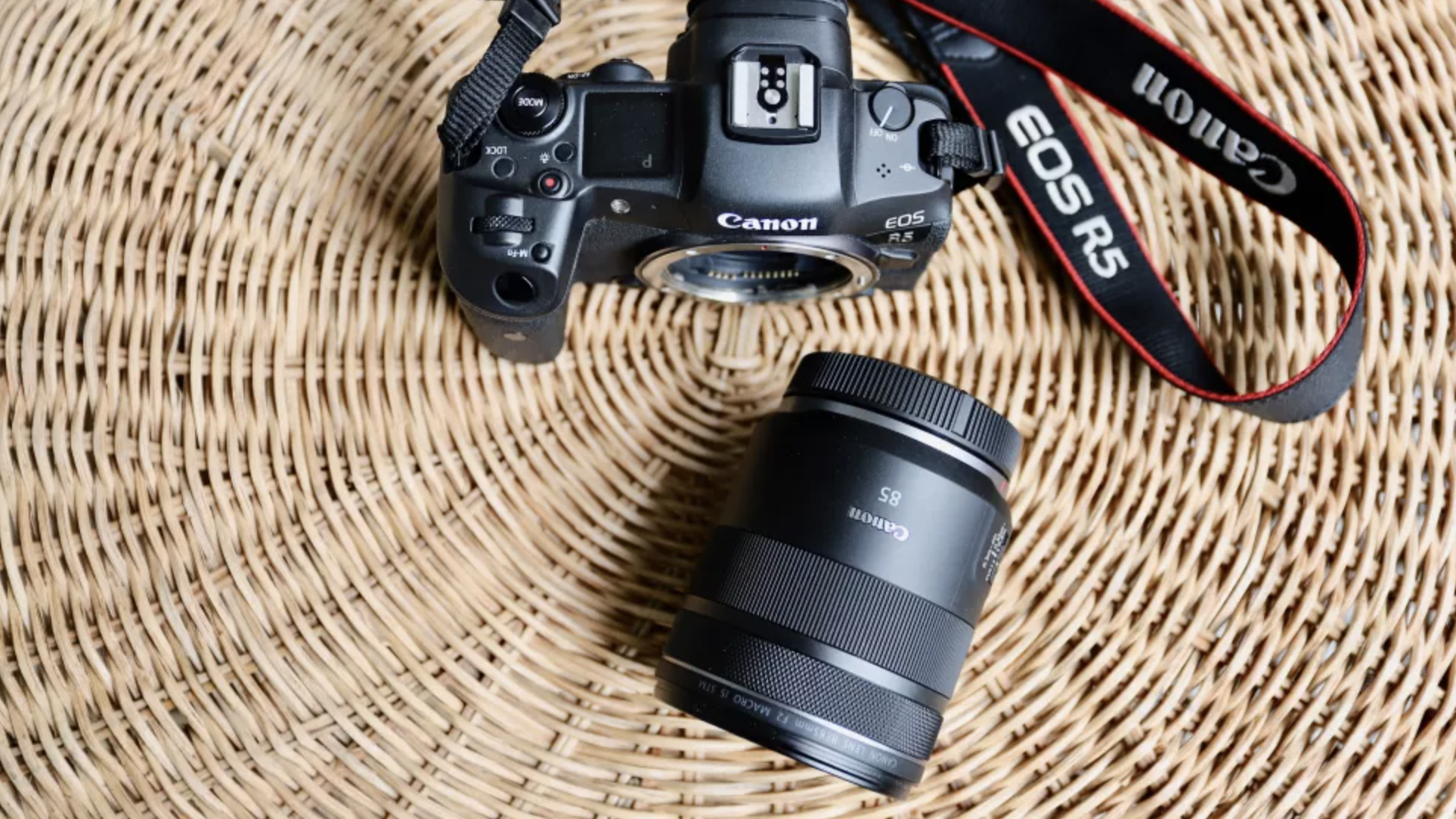 As mentioned before, the RF 85mm f/2 Macro is a compact lens that weighs just 500g. That makes this an easy lens to carry around in a bag and use handheld (especially since it’s also stabilized). And where the L-series 85mm prime can feel unbalanced, you won’t have any such issues with the f/2 variant.

Adding to the lens’ elegance is its minimalist design – there are just three switches and two rings on the barrel. The three control switches are the AF limiter, stabilization control and the manual to AF mode switch. And despite being close to each other, it’s easy to find them with your left thumb. Once you learn the order of the switch placement, you’ll never need to take your eye off the viewfinder.

The focus ring is broad and textured, turns very smoothly and can be controlled slowly. There’s no autofocus override here, so if your lens is set to AF mode and you turn the focus ring, nothing will change. Below that, and closest to the front element of the lens, is the customizable control ring. As with non-L series lenses, the control ring has a very small click to indicate a setting selection, allowing you to concentrate on framing your shot rather than checking the shooting parameters on screen or on the viewfinder.

When focusing on close subjects, the inner barrel of the lens extends. We found that while shooting stills, the STM motor moves the barrel quite fast and quite audibly, but it slows down and becomes significantly quieter when capturing video. However, it can still be heard and as such may not be suitable for some video work.

There’s no weather sealing here, but the build is pretty sturdy. Compared to the L-series 85mm lens, it does feel a little plasticky, but that’s only if you’re comparing the two side by side, and the materials used likely contribute to the new lens’ lightweight form factor. Unfortunately, like all non-L series lenses, the 85mm f/2 doesn’t come with a hood, although you can buy one separately if you need it. 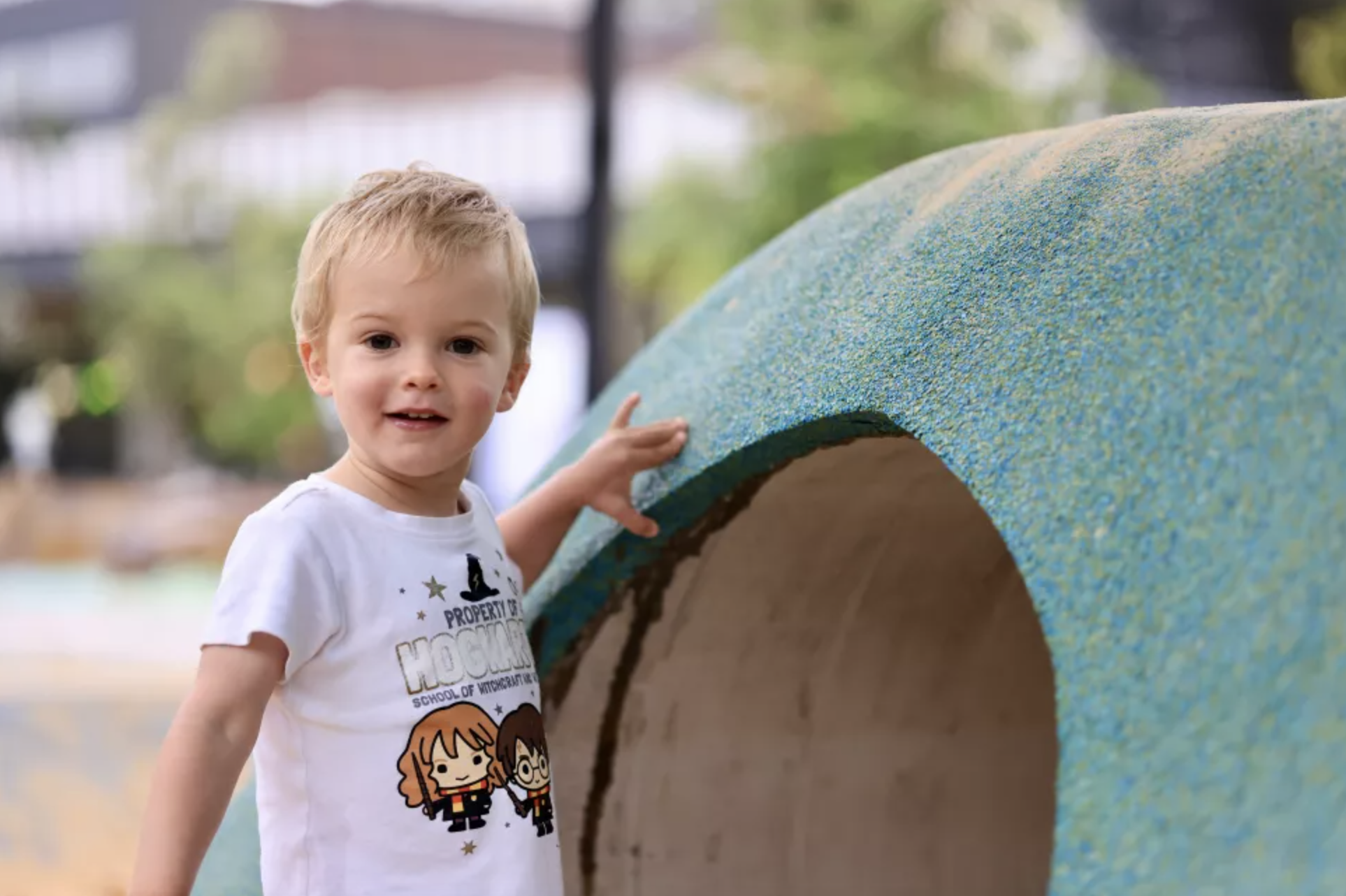 Our one complaint about the 85mm f/2 Macro is that its autofocus speed is a little slow, but then STM motors are never as snappy as USM focusing motors. And while it may not be the fastest lens, the speed can be improved by using the AF limiter. Instead of setting it for the full range, you can speed up AF performance by setting it to .35m to .5m or 0.5m to infinity. But that’s a minor complaint if you’re using this primarily as a portrait lens, where it’s quite snappy indeed. If, however, you’re planning on chasing after active pets and kids, you may find it’s unable to track as quickly. 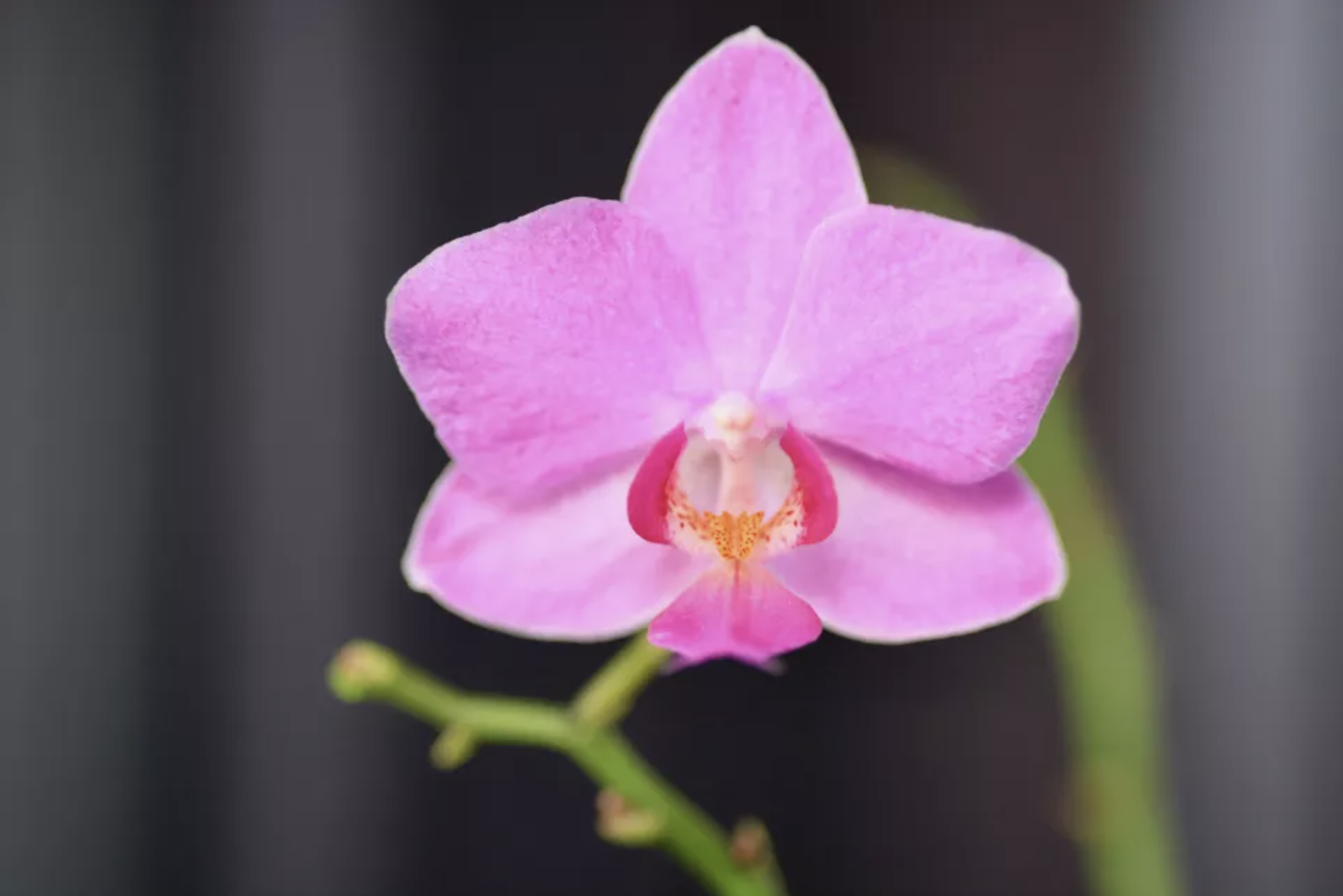 It also doesn’t utilize the EOS R5/R6’s blistering 20fps burst speed. You’ll find that the high-speed continuous shooting option is disabled when using this lens, even when the camera’s battery is at 100%. You can only shoot in low-speed continuous, which was about 12fps in our tests. That, however, is also nothing to scoff at, as it’s still possible to get some excellent stills at that speed.

Other than that, the lens is impeccable. We weren’t expecting f/2 to be as bokehlicious as its f/1.2 counterpart or even the f/1.8 DSLR lens, but those nine aperture blades perform remarkably well. Centre sharpness could be a touch better wide open, but the lens is by no means ‘soft’. Even at f/2, there’s plenty of details captured. And corner sharpness is also quite good. 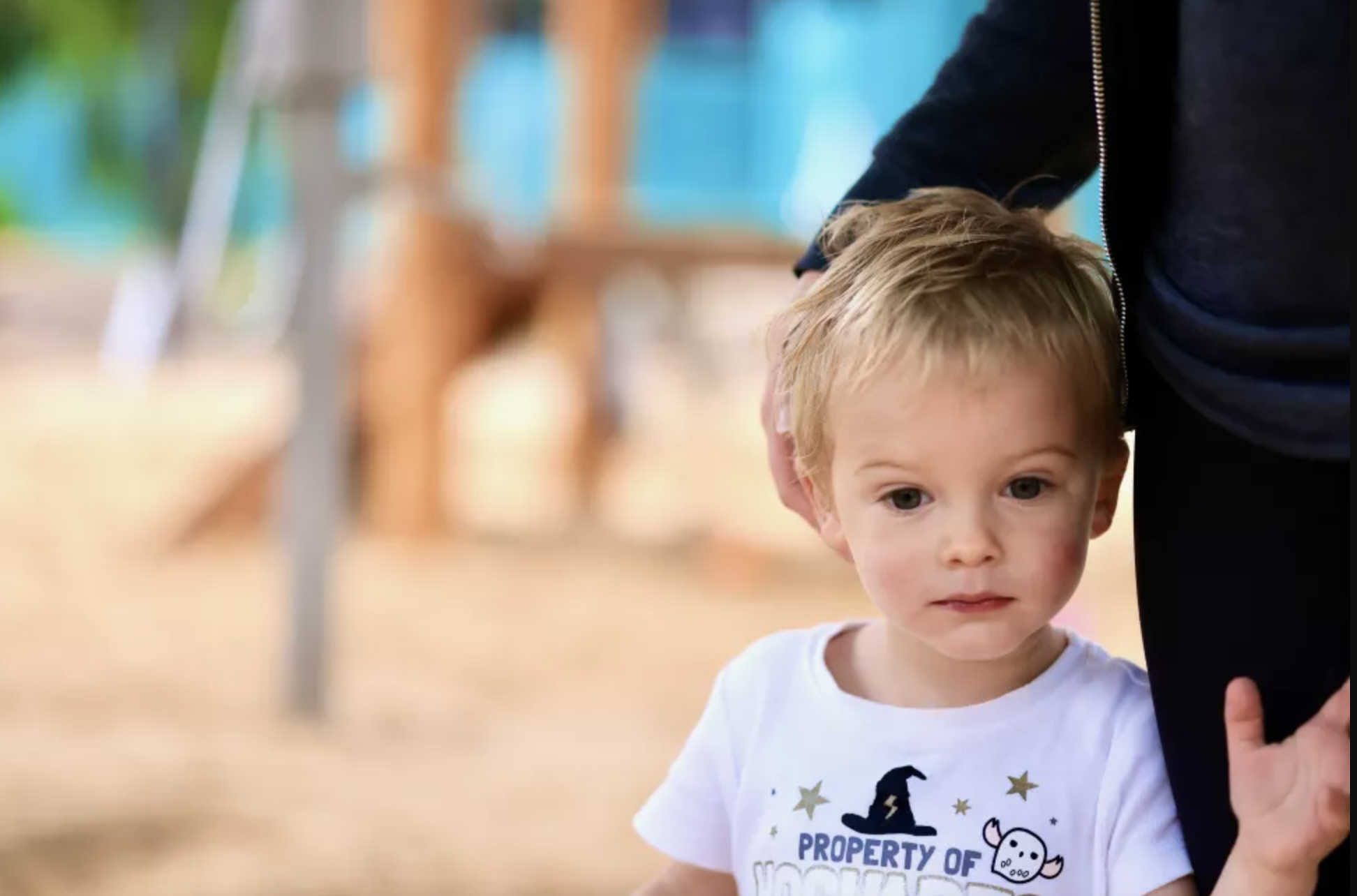 For a lens that doesn’t cost an arm and a leg, the images it produces are top notch. While centre sharpness when wide open isn’t as good as we would have liked, there is still a lot of detail in the images. Depth of field is great, with very pleasing bokehs, and colors are beautiful.

Corner and edge sharpness is better than the L-series f/1.2 lens, but it does reduce as you go towards the edges. The best way to overcome that, of course, is keep your subjects away from the outer frame of the shot. 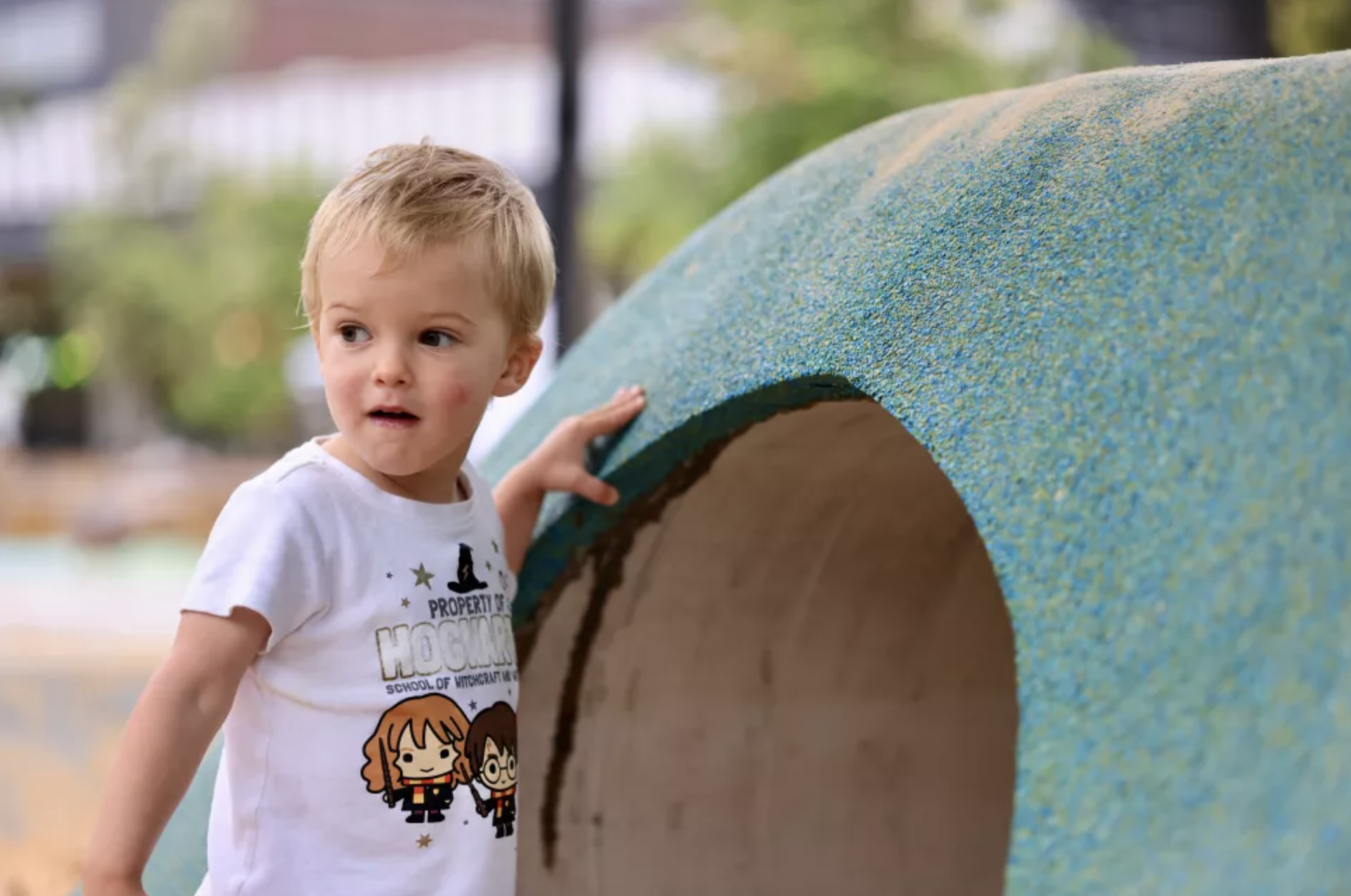 We found no fringing in bright sunlight, although a lens hood would be ideal if you’d like to avoid sun flares. That said, our test photos were entirely free of chromatic aberration, even in shots that were backlit.

Colors are rendered beautifully – paired with the EOS R5, the lens produced true-to-reality colors, with great contrast and no oversaturation. 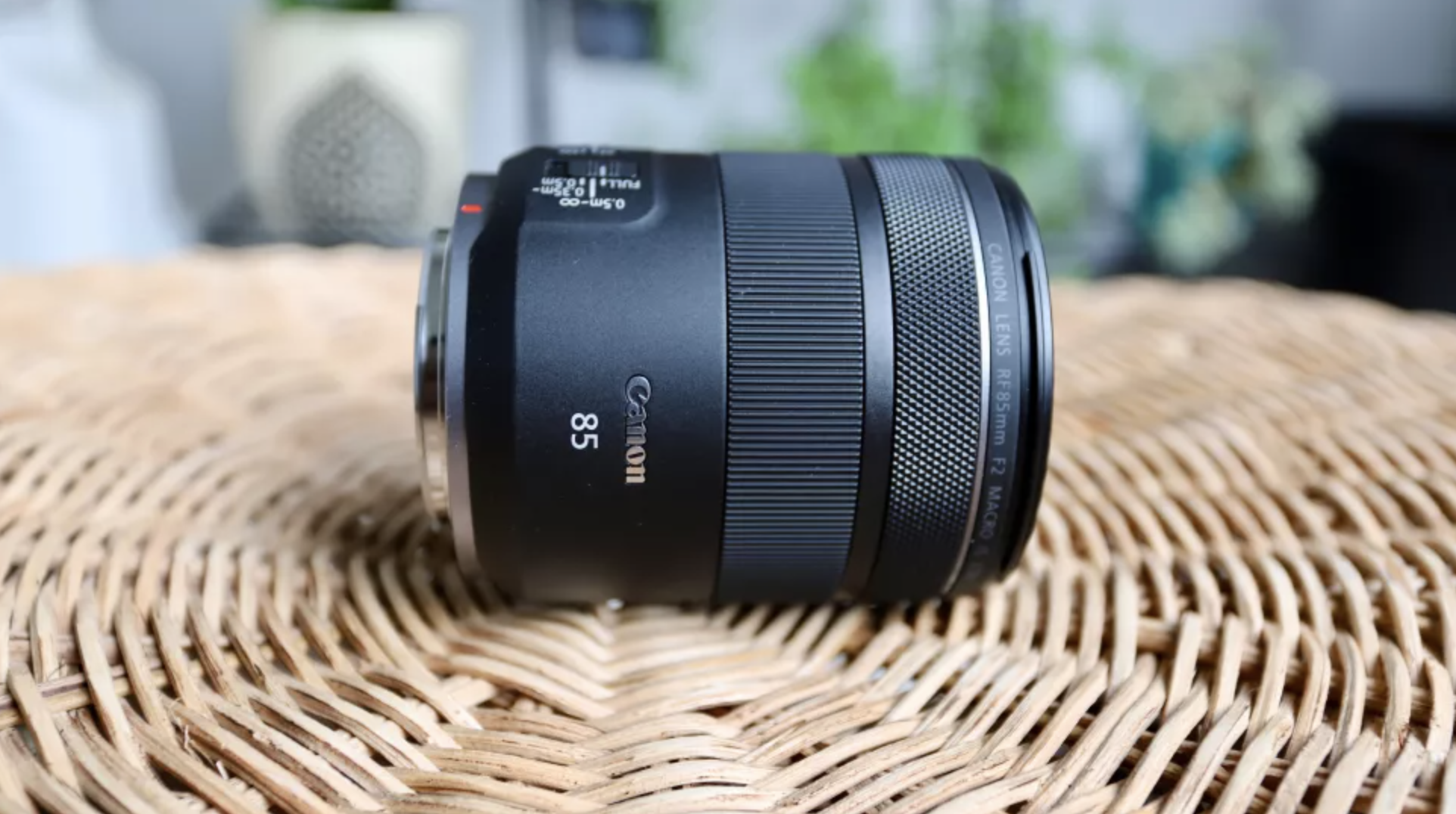 While there’s no denying the older RF 85mm f/1.2L is the better lens, it’s an expensive beast. The RF 85mm f/2 Macro is, on the other hand, a fraction of the price, and lighter and smaller to boot. It’s perfect for the traveling photographer.

You don’t want to compromise on image quality

The now 30-year-old EF 85mm f/1.8 USM lens for Canon’s DSLRs is still very popular with photographers and, given its age, is still a great performer. But improvements have been made and this new RF glass definitely produces far better results than the older optic. And paired with one of Canon’s full-frame mirrorless marvels, it will not disappoint.

You regularly shoot portraits or products

As long as you’re not going chasing after pets or kids, the RF 85mm f/2 Macro is a great prime lens. It’s perfect for both portrait and product photography, with shallow depth of field that makes the subject stand out from the background clearly. Admittedly, f/1.2 is far more appealing in that respect, but the f/2’s nine diaphragm blades do a great job here, at a fraction of the cost of the bulkier L-series lens.

As we mentioned, it’s bokeh capabilities aren’t as strong as an f/1.2 lens, but we were happy with the results we got. However, if you think the depth of field isn’t shallow enough, you will need to consider a lens with a wider aperture.

You need a weatherproof lens

Unlike the L-series lenses, there’s no weather sealing on the 85mm f/2. And it doesn’t ship with a lens hood either. So if you think you’ll need to use this lens outdoors a lot, in all kinds of weather conditions, then you might need to consider opting for the L-series alternative instead. 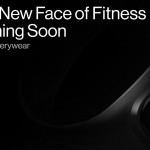 OnePlus Band release date, price, leaks and what we know so far

Don't miss a deal at Intuit Small Business
Best offers at Go Daddy
Discounts, Sales and Deals at TalkTalk Phone and Broadband
Save your money with Turbo Tax
Online-Shopping with House of Fraser
Best products at Groupon