Fury vs Wallin live stream: how to watch tonight’s boxing online from anywhere

So, are you rrrrrrready to rrrrrrumble. We’re willing to bet that Tyson Fury is, as he prepares to put his undefeated streak on the line against Swedish heavyweight Otto Wallin today. The showdown is all set for the T-Mobile Arena in Las Vegas and you can live stream Fury vs Wallin as it happens – and no matter where you are – by following this guide.

The Gypsy King is back in the ring with his career back on track. You don’t need us to tell you that his unorthodox boxing style and showmanship means that any Fury fight is going to be just about unmissable.

It’s been just three months since the Gypsy King’s last fight on US soil, following his impressive, quick-fire win over Tom Schwarz back in June.

Fury will ultimately see today’s showdown with Otto Wallin as another stepping stone towards a much wanted rematch against Deontay Wilder following his controversial split-decision defeat against the WBC World Champion back in December. The 31-year-old English fighter has his own WBO Inter-Continental heavyweight title on the line against Wallin, but will be rightly expecting a quick dispatch of his Swedish opponent.

For his part, Wallin will be looking to become the first Swedish world champion since 1959. With an equally unblemished record of 13 knockouts in a 20-fight career, the 31-year-old will be hoping to overcome a five inch height difference and limited top-rank fighting experience to pull off a shock that would rival Andy Ruiz’s win over Anthony Joshua earlier in the year.

You can live stream Tyson Fury vs Otto Wallin anywhere in the world using the guide below – check out your options for a fight you won’t want to miss. The cost varies quite a lot over the world, with the UK hosting an expensive PPV that’s undercut massively in the US by ESPN+.

Live stream Tyson Fury vs Otto Wallin from outside your country

If you’ve been looking forward to this fight and already know where to watch, your plans may be scuppered if you’re away from your home country now. That’s because broadcasters geo-block their coverage if you try to watch from abroad.

But there’s a clever workaround for this, which is perfectly legal (assuming the broadcaster’s Ts&Cs allow it) and it involves using a piece of software called a VPN – better that than trying to get some dodgy stream from Reddit.

How watch the Tyson Fury fight in the UK

Live stream Tyson Fury vs Otto Wallin in the US

How to watch Fury vs Wallin: Australia stream

At the time of writing, we can’t see any evidence that the Tyson Fury vs Otto Wallin fight will be shown at all. As a last resort, we suppose you could try downloading a VPN service and then signing up for an option from another country. We’ll be sure to update this section if we hear anything differently. 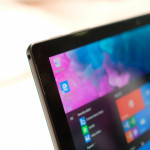 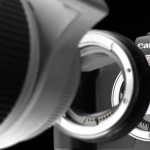 Don't miss a deal at Vimeo
Best offers at Argos
Discounts, Sales and Deals at Go Daddy
Save your money with Intuit Small Business
Online-Shopping with Marks and Spencer
Best products at Ancestry