For years Chromecast has been the best value in HD streaming video players, and that hasn’t changed with the 3rd Generation model that came out in 2018. If you want to turn any TV into a smart TV capable of streaming Netflix, Hulu, Amazon Prime Video and many, many more, this is the cheapest – and best – way to do it.

Some products are so far ahead of their time that they can last for years without ever seeing a major redesign or go out of style. Such was the case for the iPhone and iPod, and now the same is true for the Chromecast – the HD streaming video player from Google that instantly makes any TV smarter and more user-friendly.

Now in its third generation, Chromecast works by hooking directly into the HDMI port on the back of your TV, drawing power from its USB port and can then act as a receiver for streaming video links sent from your phone or tablet. The magic happens when you press the Google Cast button that’s built into most streaming video apps which sends a link to the Chromecast and immediately starts streaming. It’s an incredibly intuitive system when you use it, and circumvents the need for a discrete remote control.

While Chromecast provides a lot of value for its insanely cheap $35 (£30, AU$59) price point, there are a few things that could be improved – like, for starters, the fact that it doesn’t stream 4K content. For that you’ll need the twice-as-expensive Chromecast Ultra, Roku Streaming Stick 4K or Amazon Fire TV Stick 4K. Also, like we mentioned before, it’s really not all that different from the 2nd Gen streaming device that – in Google’s own words – is only about 15% slower than the newest version.

None of these issues detract from the immense and undeniable appeal of the Chromecast. It remains one of the best streaming devices we’ve ever used and should be a staple in every AV enthusiast’s entertainment center.

Chromecast vs. the competition

The Chromecast’s calling card is the ability to sync with your mobile phone, tablet and PC. Few devices work as seamlessly with your electronics as Chromecast does, and any that do require you to be bought into a particular family of products. 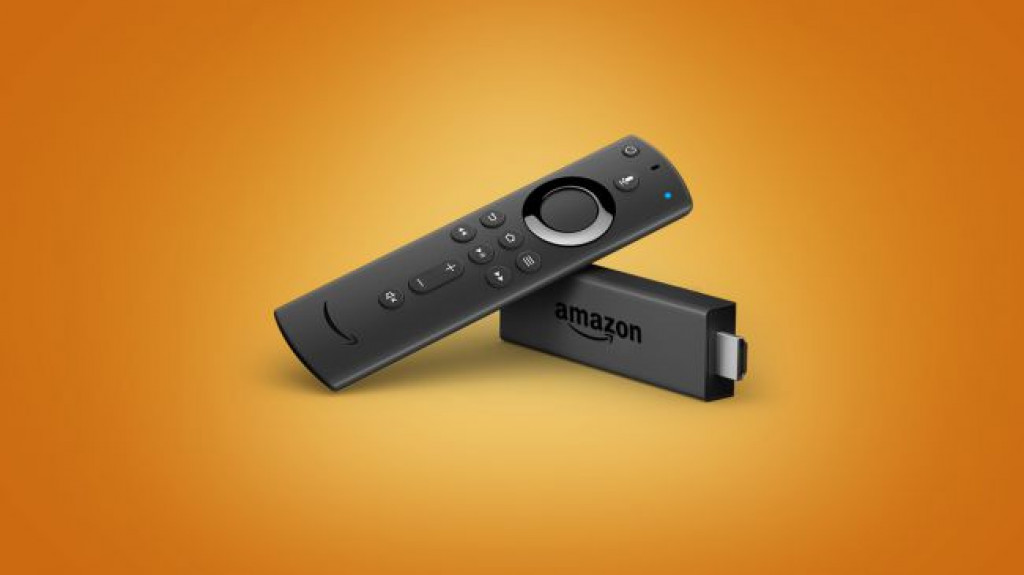 Chromecast vs. Amazon Fire TV Stick: Chromecast is by far the cheaper streaming stick and can outperform Amazon’s streaming devices, thanks to its new-and-improved 802.11ac Wi-Fi antenna. Amazon’s streamer comes with a remote, but also relies heavily on a subscription to Amazon Prime to function at its fullest potential.

That said, if you are an Amazon Prime subscriber you won’t be able to watch the service on Google’s streaming stick – Amazon’s mobile app doesn’t support Google Cast functionality.

Chromecast vs. Roku streaming devices: Here’s a story of David and the Goliath. The circular Chromecast does much of what the Roku streaming sticks do, though it depends more on your phone, tablet and PC to keep pace. Roku is known for having thousands of channels of content and universal search functionality that allows you to search multiple sources at once, plus 4K.

Google has adopted the latter into the latest version of its Chromecast app, but doesn’t have near the amount of channels Roku has. If you’re looking for full-size streaming device with access to any and every streaming service, Roku can’t be beat. If you’re looking for a simplistic solution to putting audio and video on your TV, however, Chromecast is the way to go. 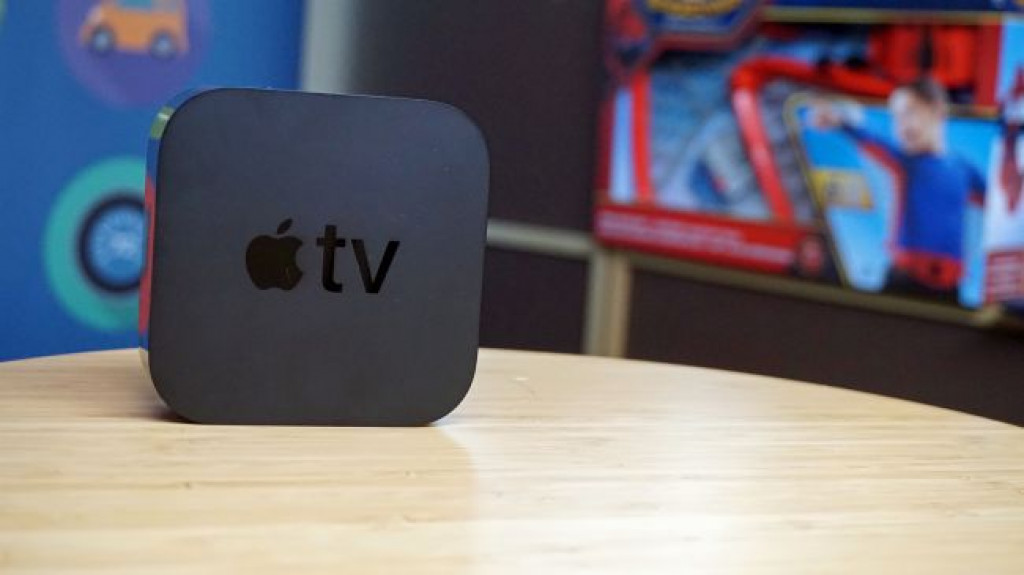 Chromecast vs. the Apple TV 4K: the newest Apple TV 4K, like Amazon’s streamer, favors its own ecosystem, at least in terms of hardware. On the software side of things, Apple has now opened up its TV app store to third-party developers, making it a bit more well-rounded than the Chromecast. It also includes a new remote 4K capabilities, though it will set you back at least $179 / £179 / AU$249.

If you’ve seen a Chromecast in the last four years, you probably know what to expect here – a small disc not more than two inches across that can covertly hide behind your TV. (The exact dimensions, in case you need them are 51.9 x 51.9 x 13.8 mm.)

There’s only a single MicroUSB port on the back of the disc that you’ll need to connect to either your TV’s USB port or to the wall using the included wall adapter, and a single button that will factory reset the Chromecast if held down. It’s basic, but it does the trick.

That being said, the latest Chromecast takes this simplicity further than ever before – extending subtlety to the plastic covering of the device: the 2nd Generation model was available in bright red, blue and yellow, while the 3rd Generation only comes in a nearly black, dark charcoal color and off-white chalk. The subtle palette swap is nice but, considering Chromecast spends all of its life behind your TV, it probably doesn’t matter that much.

What matters a bit more in terms of design is the flat HDMI cable that extends from the Chromecast – it’s long enough to slip into the port without interfering with any other cables and allows the Chromecast to hang a few inches off the TV. Similarly, the accompanying USB cord is 69 inches and can easily run to an outlet if your TV doesn’t have an open USB port.

The most important part of the Chromecast’s design, however, isn’t anything you can see on the outside. Inside, the Chromecast uses an upgraded 802.11 b/g/n/ac Wi-Fi antenna that is likely the source of the 15% performance boost that Google’s touting – but we’ll cover that further down below. 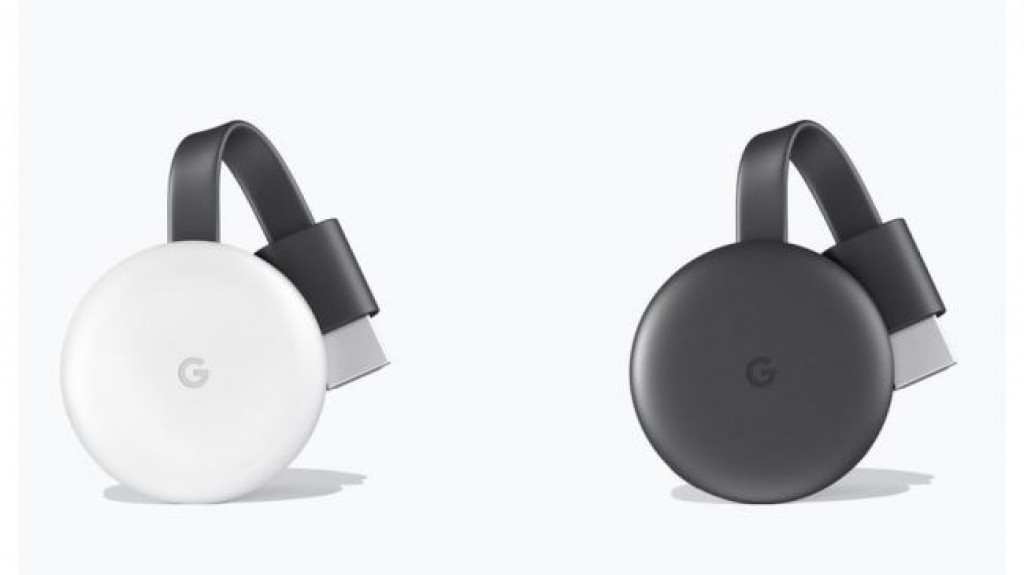 For now let’s talk about the simplicity of setting up a Chromecast: Once it’s unboxed and plugged in, you’ll be asked to go to the app store on iOS or Android and download the Google Home app. Once installed, you’ll just need to tap ‘add new device’ and pick the Chromecast from list of devices waiting to be setup. Finally, once you’ve assigned a name and a room to the Chromecast, you’ll be ready to stream.

To stream from an app, you’ll need to find the Cast button that looks like a Wi-Fi network signal next to a TV. Press that, and you can send whatever you’re watching on your phone to the Chromecast. Surprisingly, you’re not actually streaming from your phone to your TV – Chromecast is picking up a link to that content and playing it all by itself. That means you’re free to use your phone for something else without impacting the stream in any way.

Interestingly, when you’re not actively streaming something to the Chromecast, it will enter a screensaver mode that displays curated images of Google’s own choosing. Those will change automatically over time and serve as a nice wallpaper when the Chromecast isn’t being used.

Speaking of use, one great feature of the Chromecast is that, once it’s setup, anyone in your house can use if you enable Guest Mode. That can be really handy if you’re having people over for a party and want them to have some control over the tunes, and it’s way easier than trying to keep track of a remote in a crowded room.

One last point worth mentioning here is that the Chromecast really plays nicely with Google’s series of smart speakers. If you have one, simply say things “OK Google, play the latest episode of Clueless Gamer on Chromecast” and having Conan O’Brien appear on your TV – which, admittedly, is pretty cool. 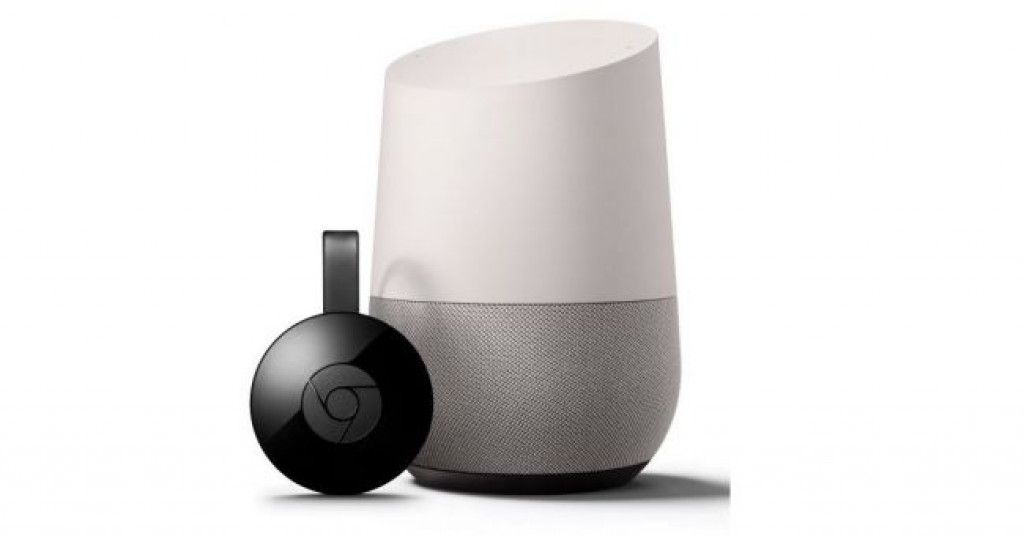 So what can you actually watch with Chromecast? Well, at this point, quite a lot.

Basically every major streaming service out there has a Cast button built-in. That includes the main services like Netflix, Hulu and Amazon Prime Video (a recent addition after Google and Amazon ended a year-long feud), plus tons of smaller streaming services like Crunchyroll and Twitch. If you’re in the UK, expect support for Sainsbury’s Movies and TV, Blinkbox, BT Sport, NowTV, Napster and, of course, BBC iPlayer and BBC Sport.There are clearly a lot of options out there – many of which you probably use on a daily basis.

Even better, if you use the Google Chrome browser, you can Cast your entire web browser to the screen by going into the settings in the top-right corner and clicking ‘Cast…’

Really the only problem with Chromecast’s content selection is that it can be hard to find more apps when you’re looking to expand your streaming video arsenal – that’s because, while other streaming devices have dedicated store to find new services, all Google has is its Home app. To find new services in the Home app, you have to go into the Browse section and scroll down to the bottom to find new services. Along the way you’ll see content recommendations for the services you already use – which can come in handy – plus a complete list of all the apps installed on your phone that support Chromecast.

Of course, streaming shows and movies isn’t the only thing Chromecast can do. There’s also music, games and utility apps that are simply more enjoyable on a big screen, and most of the main audio streaming apps like Tidal, Pandora and Spotify are support on Chromecast. You can find a complete run-down of best Chromecast apps round-up, but it’s worth calling attention to Plex, Big Web Quiz, Deezer and AllCast – all of which are great when you’re looking to mix things up. 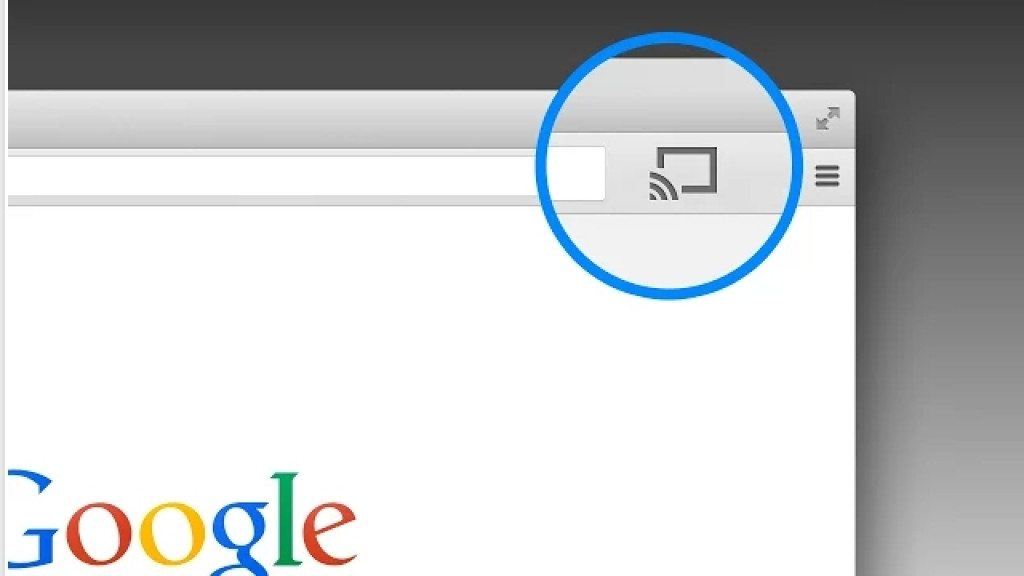 If you’re wondering what the difference is between the Chromecast and Chromecast Ultra is, it all comes down to performance. The former, reviewed here, is all about 1080p streaming while the latter can play native 4K content. That’s kind of a big deal if you have a 4K TV and want to see things in the highest possible fidelity. But if you can live without the added clarity, Chromecast still works with 4K TVs so don’t worry too much about it.

The same is true if you’re comparing the older 2nd Generation Chromecast with the newer 3rd Generation model – there’s about a 15% difference in speed between the old model and the new model, but in practice it’s almost imperceivable.

Speaking of performance, with the right connection speed, the Chromecast is seriously fast. Once we found a video, we were able to get it to stream and fully buffer within 20 seconds (videos start playing in low resolutions in under five seconds, but it took a bit longer to get up to the full 1080p on our 149Mbps connection). As long as your internet connection stays stable, you shouldn’t experience any buffering – we certainly didn’t – however it is certainly possible for that to happen if your connection is sporadic or if the Chromecast is too far away from your wireless router.

Speaking of wireless routers, currently the Chromecast only works over a wireless connection. The more expensive Chromecast Ultra has a built-in ethernet adapter that you can hardwire to your router, but that’s not something you’ll find here. So, if you need a hardwired connection because of connection issues, you might an upgrade.

For years Chromecast has been the best value in HD streaming video players, and that hasn’t changed with the 3rd Generation model. If you want to turn any TV into a smart TV capable of streaming Netflix, Hulu, Amazon Prime Video and many, many more, this is the cheapest – and best – way to do it. 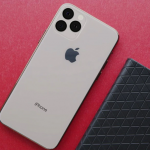 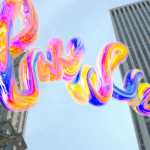 Don't miss a deal at Sephora
Best offers at Nike DE
Discounts, Sales and Deals at Udemy
Save your money with Turbo Tax
Online-Shopping with The Home Depot
Best products at Mobiles