The 15-inch Surface Laptop 3 has some of the best battery life we’ve experienced in a 15-inch laptop, which should be lauded. Still, this laptop falls well short on both the power and versatility that most would expect from a 15-inch device, making it hard to recommend to most people.

The 15-inch Surface Laptop 3 indicates an unprecedented debut of AMD silicon within a flagship laptop as well as a startingly deep collaboration between the chip maker and Microsoft resulting in the AMD Ryzen Surface Edition. This alone should be exciting.

However, when it comes down to the brass tax, there isn’t much more to be enthusiastic about with the Surface Laptop 3 at 15 inches. That makes it a hard laptop to recommend beyond a very particular group of people: those that want a large display with a largely unmatched battery life.

The 15-inch Surface Laptop 3 may pack some of the longest battery life in its class, which is great, but it fails to offer so much of the power and versatility that the form factor promises from so many other competitors, particularly Apple – or even Dell.

Simply put, the integrated AMD Radeon Vega graphics inside this Surface Laptop 3 just can’t keep pace with competing dedicated solutions that similarly sized and configured laptops from Apple, Dell and more readily provide. In addition, the Surface Laptop 3 does little to nothing to take full advantage of its larger size, equipping a mere two ports, a standard-sized trackpad and lesser bottom-firing speakers, to name a few missteps.

In short, if all you’re wanting is a larger screen than your standard 13.3-inch laptop that boasts some serious lasting power, this is the laptop for you. If you don’t fit within that niche, then there are plenty more powerful and versatile alternatives out there that live up to the general expectations of a 15-inch laptop. 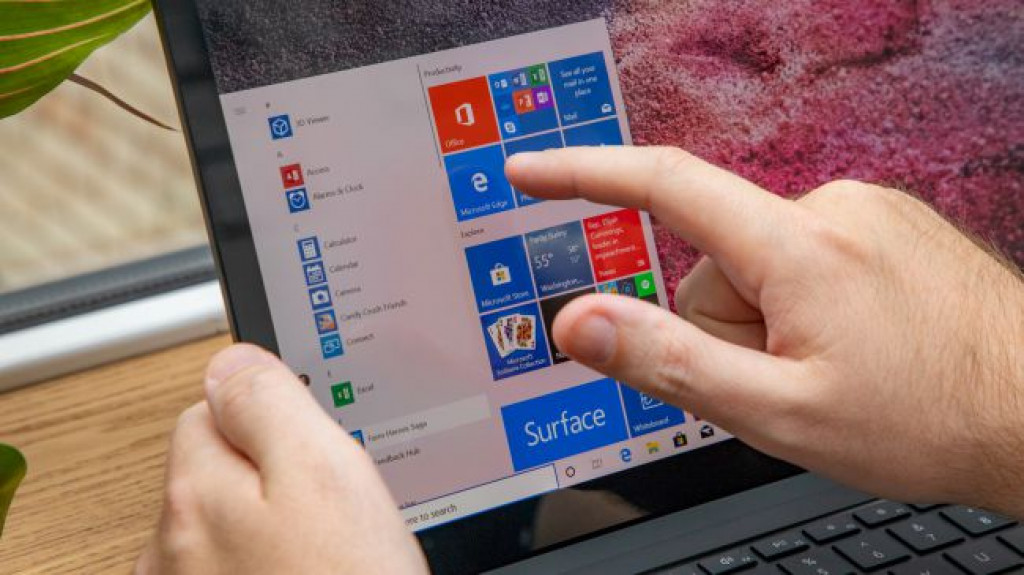 Microsoft has set a rather reasonable amount to purchase its new 15-inch Surface Laptop 3 device: $100 or £100 less than the 13.3-inch MacBook Pro. That’s sincerely impressive pricing.

For that price, you’re getting far better graphics and computing power, not to mention a larger and sharper screen – the latter of which is the same across all configurations. Still, this price comparison starts to break down when you consider available ports and other features, particularly against competing 15-inch laptops. Here’s how all of the 15-inch Surface Laptop 3 configurations shake out:

This is not bad pricing at all when you take into consideration that even the most expensive 15-inch Surface Laptop 3 costs less than the starting 15-inch MacBook Pro at $2,399. But, it should be immediately clear why this pricing is possible, and frankly should be even more aggressive given what Microsoft’s 15-inch laptop fails to offer. 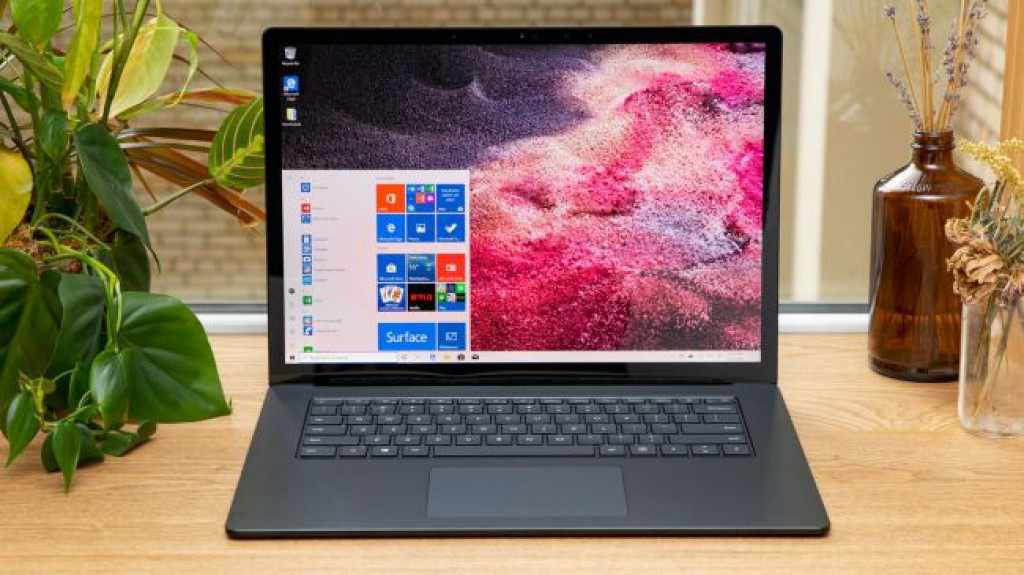 While the Surface Laptop line started with a dedication to Microsoft’s Alcantara fabric, the 15-inch model is only available with the new aluminum finish, in your choice of silver or black colors. It’s a great look and feel for the product, but we do miss the unique feeling of that fabric keyboard deck. Ultimately, though, it’s probably for the best, as fabric simply doesn’t have the same lasting power as metal.

However, it’s rather clear how and why this laptop is thinner and lighter than its main alternatives: it has fewer pieces of dedicated hardware and features, like its lack of dedicated graphics and only two ports compared to the MacBook Pro’s discrete GPU and four Thunderbolt 3 ports.

Honestly, we’re confused as to why Microsoft didn’t take fuller advantage of the new 15-inch form factor, though we can’t say we’re surprised. After all, the 15-inch Surface Book 2 suffers a similar fate.

There’s just so much wasted room about the 15-inch Surface Laptop 3 that it’s frankly indefensible. We could list a host of features that could have been added to such a laptop of this size: more ports, top-firing speakers, an SD card reader, a larger trackpad and thinner display bezels cover more than a few.

That said, we do rather like the keyboard and trackpad the way they are on the Surface Laptop 3. The trackpad is incredibly smooth to the touch and accurate, while the keys offer plenty of travel and are quite quiet. (Though, we’d like somewhat stronger feedback from the keys.)

We do appreciate the Surface Laptop 3 touch display. The screen retains Microsoft’s signature 3:2 aspect ratio, and the 2,496 x 1,664 resolution is sharp enough for all sorts of use cases. This makes the display perfect for both text-based work and content consumption as well as digital media creation and viewing – if you’re ok with some extra-large black bars.

The touch screen portion is just fine, being plenty quick and responsive to our touches and gestures, if somewhat unnecessary on a straight clamshell laptop.

All in all, we find the Surface Laptop 3 design to be rather pedestrian for its size. Laptops of this size can do so much more with that additional (teehee) surface space, and Microsoft has simply neglected to take advantage of it. 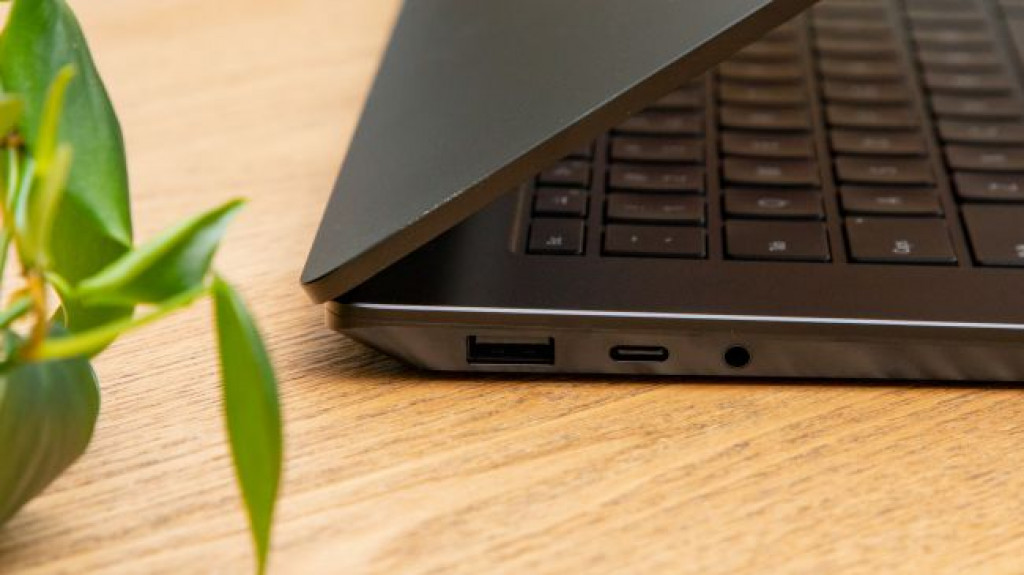 Being a new frontier for Microsoft, using an AMD processor within a flagship product, it was a bit up in the air how the laptop’s performance would turn out. Well, we’re excited to say that Surface Laptop 3 knocks it out of the park in this department – for an Ultrabook.

This is a device that will be more than able for both basic computing tasks as well as more intense ones, like photo editing and graphic design work. It’s also a powerhouse for playing video, if you can get past the extra-large black bars on 16:9 or 21:9 content.

And, judging by the numbers here, the Surface Laptop 3 will be able to run plenty of games at 1080p resolution. But, again, the 3:2 screen ratio doesn’t do it any favors in terms of how those games will render on screen, either stretching the game image or wrapping it in – you guessed it – black bars.

Comparing this 12-nanometer (nm) chip to the 10nm Intel Core i5 that comes with the Surface Pro 7, the Ryzen CPU isn’t quite as strong in either single- or- multi-core performance. However, whereas the Pro 7 wasn’t even able to run the 3DMark tests, this laptop all but trounced them. It’s nowhere near as strong as even the weakest dedicated mobile GPUs available today, but will be more than ready for basic gaming at 1080p.

Still, for what Microsoft is charging at the mid-range and above, we’d expect better graphics performance from the Surface Laptop 3. After all, you can get a Dell XPS 15 with more powerful dedicated graphics – and the same amount of storage and memory – for the same price or less. 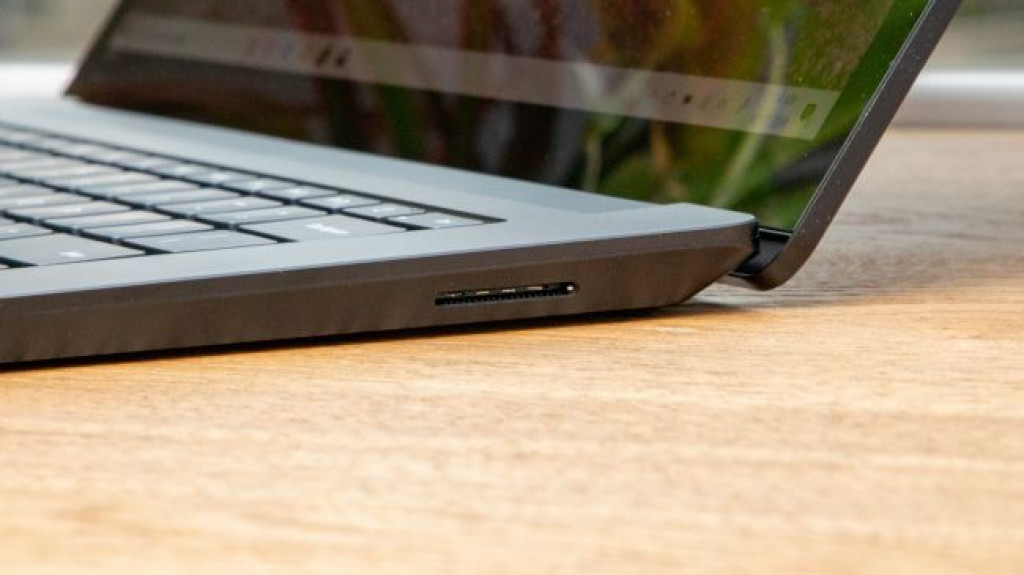 That said, it’s going to be tough for most competing laptops in its class to defeat the Surface Laptop 3 in lasting power. AMD and Microsoft have developed a truly power-sipping CPU in the Ryzen Surface Edition, fine-tuning it to run Windows 10 for a long as possible on a charge.

That the Surface Laptop 3 lasted nearly whole work day running PCMark 8 and more than two hours beyond that running local video playback is testament to just how long this laptop can last in mixed use scenarios. This laptop seriously gives the 15-inch MacBook Pro a run for its money in battery life, something that Apple prides itself on year in and year out, lasting nearly three hours longer in our video playback battery test.

This is definitely one of the top 15-inch laptops to look at if your concern is battery life, with few rivals in that department. Of course, you’re sacrificing a bit of power in comparison to key rivals at similar configurations, particularly in graphics oomph. 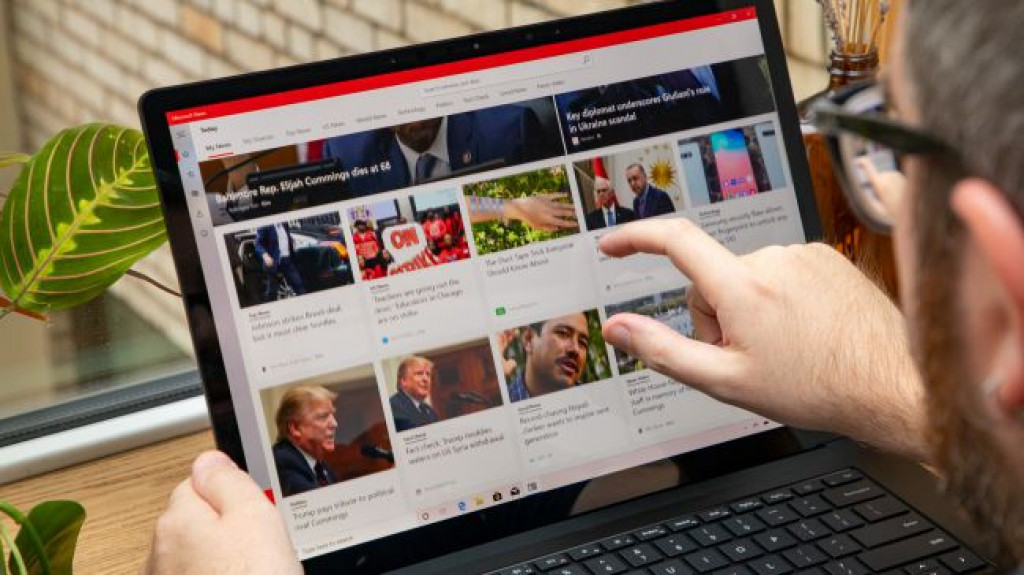 Again, like any Surface product these days, the Surface Laptop 3 isn’t chock-full of features, nor does it have many key pieces of software to cover, which has its ups and downs. The biggest upside here is that this is a 100% clean Windows 10 install coming directly from Microsoft.

And, as we have on so many Surface devices before, we enjoy the Windows Hello facial recognition, which uses an infrared camera next to its webcam. Getting into the Surface Laptop 3 interface with this feature is as fast as it has been for years now on Surface products, allowing you to start securely using it immediately.

Unfortunately, there is really little else in terms of marquee features or software. This laptop doesn’t offer anything much more than what competing Windows laptops do. This includes the Your Phone feature, which syncs up your Android phone with Windows 10 to display and respond to text messages, edit calendar entries or even take calls.

We’re not sure what more we’d expect from such a laptop, maybe a longer trial for Microsoft’s suite of Office apps and OneDrive storage than a paltry 30 days. Regardless, the Surface Laptop 3 suffers a bit in comparison to its partners’ own Windows laptops, not to mention MacBooks that offer an entire productivity suite for free. 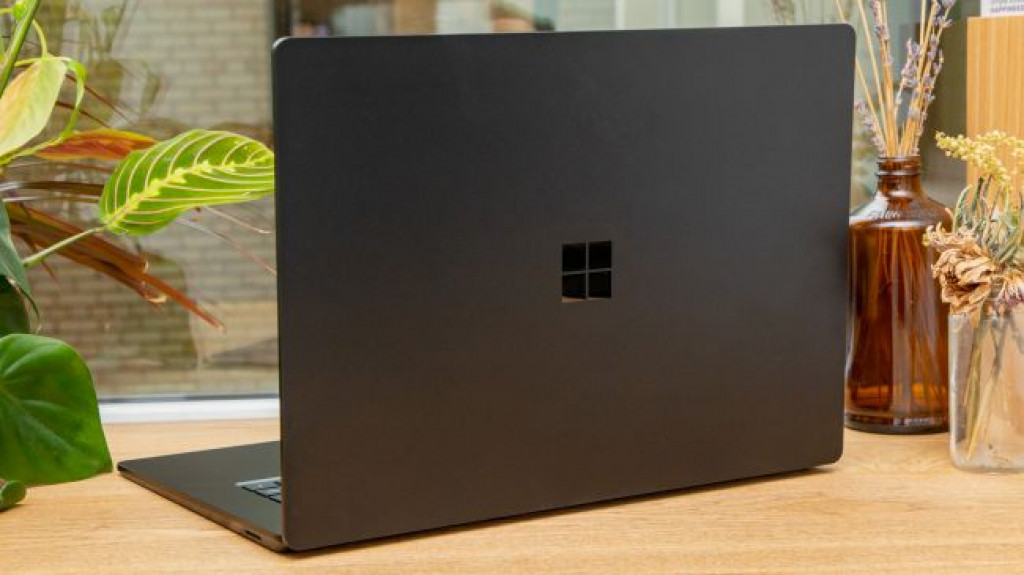 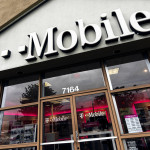 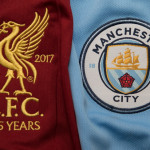 Don't miss a deal at Surfdome
Best offers at Vimeo
Discounts, Sales and Deals at Bodybuilding
Save your money with Marks and Spencer
Online-Shopping with Virgin Media
Best products at EE Mobile