Nintendo is buying the developer of Luigi’s Mansion 3

Nintendo has agreed to buy Next Level Games, the developer of the Luigi’s Mansion series, as reported by The Verge. As a second-party partner, the Vancouver-based company already works exclusively on Nintendo platforms. However, the acquisition will help Nintendo improve “development speed and quality by enabling closer communication and exchange of staff with the Nintendo development team,” according to Nintendo.

Next Level Games is best known for developing Luigi’s Mansion 2 (aka Dark Moon) for 3DS and Luigi’s Mansion 3 on the Switch. In Engadget’s review for the latter game, Nick Summers called it “a joyous and expertly-polished Switch release.” The developer is also behind Nintendo projects like Super Mario Strikers, Punch-Out. and Metroid Prime: Federation Force.

Nintendo is the latest console maker to bring one of its developers in-house, though it’s on a smaller scale than Microsoft’s acquisition of Bethesda and Sony buying Insomniac Games. The possibility of a sale opened up when “a number of owner-directors of the [privately held] developer recently determined that the time was right for them to sell their shares,” Nintendo said. Terms are undisclosed, but the sale is expected to be completed by March 1, 2021. 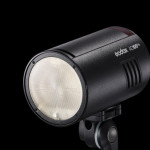 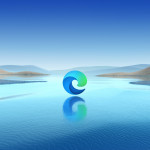 Don't miss a deal at EE Mobile
Best offers at Newegg
Discounts, Sales and Deals at Myprotein
Save your money with Vodafone UK
Online-Shopping with H&R Block
Best products at Adobe