EA has confirmed reports that a number of FIFA 22 accounts have been hacked via phishing techniques.

In a statement, published on the official FIFA 22 website, the publisher admits that these hackers used threats and other social engineering methods to exploit the customer service team and bypass two-factor authentication.

Less than 50 accounts are estimated to have been affected, according to EA, which has promised to restore ownership to the correct users. The company is also taking action to improve its security by providing additional training to EA Advisors and updating its customer experience software to better identify suspicious activity.

“There is always a human factor to account security and we know we must do better,” says EA. “We’d like to apologize for the inconvenience and frustration that this has caused, and that we were unable to share additional details in our original communication last week as we conducted a thorough investigation. Thanks to the whole community for your patience as we continue to address the situation and take corrective actions.”

As reported by Eurogamer, it appears the common targets of these hacks were traders within the FIFA Ultimate Team community.

Top traders said that they not only lost access to their accounts, but also lost thousands of pounds worth of in-game currency.

It’s believed that the hackers were tricking customer support into handing over email addresses tied to Gamertags and resetting the passwords, locking out the rightful owners, and giving the hackers free rein with the accounts.

While this sort of incident is obviously damaging to the FIFA brand, said brand may technically not exist anymore. Following the release of FIFA 22, EA Sports announced that it is considering renaming its football sim series. However, this is because its contract with FIFA itself is expiring and EA is no longer willing to pay for it. 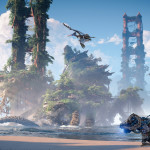 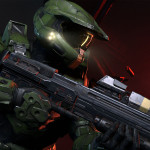 Don't miss a deal at John Lewis
Best offers at Sephora
Discounts, Sales and Deals at Farfetch
Save your money with Vodafone UK
Online-Shopping with Sky
Best products at Groupon