Oculus has stopped blocking owners of the HTC Vive headset from buying and playing games that are exclusive to the new Rift headset.

The makers of a workaround called Revive, which makes it easy for Vivers to snap up Rift-only titles, have noted Oculus has relaxed its rules.

Oculus has since confirmed the change in tack, which affects top titles like Chronos and Edge of Nowhere, via a statement offered to The Verge.

“We continually revise our entitlement and anti-piracy systems, and in the June update we’ve removed the check for Rift hardware from the entitlement check,” the statement read.

“We won’t use hardware checks as part of DRM on PC in the future.”

Oculus added that is committed to protecting developers who seek to offer Rift-only content.

A spokesperson added: “We believe protecting developer content is critical to the long-term success of the VR industry, and we’ll continue taking steps in the future to ensure that VR developers can keep investing in ground-breaking new VR content.”

Oculus’ original stance had been caused controversy in the VR community with HTC arguing against the need for platform-exclusive titles.

Just yesterday, Oculus underlined why it felt exclusive games were important to VR.

”The average gamer is now aware of $100 million games. And while we certainly cannot build a $100 million game that takes four years, in the year we’ve had dev kits, we can try to get closer to that by funding significant leaps beyond the financial certainty that a developer would need to have to do it on their own.” 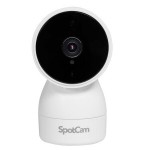 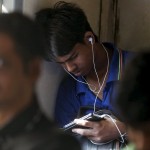 Don't miss a deal at Vodafone UK
Best offers at Nike DE
Discounts, Sales and Deals at Marks and Spencer
Save your money with Ancestry
Online-Shopping with House of Fraser
Best products at Carphone Warehouse