The launch of Overwatch 2 has been disrupted by a wave of DDoS attacks and server glitches, as players struggle to enter the game and access premium content.

Overwatch 2 players have found themselves facing exceedingly long queue times when trying to launch the game, with some waiting in four-hour-long queues containing over 50,000 people. Others have been unable to load the game at all, faced further wait times when trying to merge their Overwatch accounts, and discovered previously unlocked cosmetics missing from their collection.

Hours after the game launched, Blizzard president Mike Ybarra confirmed on Twitter that Overwatch 2’s servers had been hit by a DDoS attack – a deliberate attempt to disrupt and destabilize a server network by overwhelming it with a wave of traffic

Game director Aaron Keller later announced on Twitter that a second DDoS attack had been recorded. He said Blizzard was “all hands on deck” and would “continue to work throughout the night” to fix the issues.

Despite the DDoS attacks, some players were able to circumvent the long queue times. Logging into the game’s Asia servers on PC reduced wait times considerably, and would still match you with players from your region.

Excessively long queue times aren’t the only problems players have encountered. Many have been unable to enter Overwatch 2 even after the queue counter ticks down to zero, with some hanging on the loading screen for up to an hour before getting in. Others have been spontaneously disconnected while queuing or booted mid-game.

Players trying to merge their Overwatch accounts – allowing them to combine their PC and console profiles to carry over skins, items and other cosmetics into the sequel – are required to join a second, lengthy queue. Although accounts can be merged in the background, it’s left players waiting for their cosmetics and rank to appear. Some have even been unable to connect at all, as they encounter an error message that reads “Unexpected Server Error”.

Additional premium content has also reportedly gone missing from user accounts. Some players who bought the Overwatch 2 Watchpoint Pack – a $39.99 / £34.99 / AU$59.95 starter pack collecting several cosmetics, premium goodies, and access to the Season One battle pass – have found it hasn’t appeared in their account. Others have also discovered cosmetics, items and in-game currency are missing from their profiles.

Blizzard has published a forum post listing the known launch issues and bugs. They include merging errors, server disconnects, and missing cosmetics. It says it is working to solve the problems and will update players when fixes are ready. It’s already fixed an issue that removed player match histories and replays, and is refunding players who mistakenly bought the Happi Genji skin twice after the cosmetic failed to appear in some accounts. 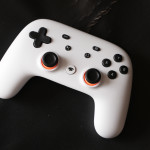 As Google Stadia dies, spare a thought for its fantastic controller 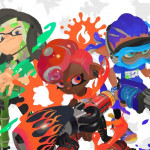 Don't miss a deal at Adobe
Best offers at Ticketmaster UK
Discounts, Sales and Deals at Surfdome
Save your money with Turbo Tax
Online-Shopping with Sky
Best products at The Home Depot