Researchers have developed a flat lens that could see cameras and everything that uses a them undergo a design makeover for the better.

Cameras capture images using curved lenses, through which different colors of light bend and pass through, letting the light come together in the camera’s sensor at the same point to form a focused image. It’s based on the concept of refraction, and typically requires a number of curved lenses stacked together, as different colors bend differently.

This also means that with multiple curved lenses stacked together, camera lenses are typically large, which means bumps on a smartphone, bulky digital camera lenses or even thick prescription eye glasses.

But now, Rajesh Menon and his team from the engineering college at the University of Utah have developed a new super-thin, flat lens that could change the way cameras are designed.

Menon and his team’s findings are detailed in a paper published today in Scientific Reports, describing a lens that’s thinner than a human hair and uses diffraction rather than the refraction of today’s lenses.

“Our results correct a widespread misconception that flat, diffractive lenses cannot be corrected for all colors simultaneously,” Menon said.

The team uses specially created algorithms to calculate the geometry of a lens to ensure the different colors of light passing through it focus to a single point, just as a curved lens would. The result is called a “super-achromatic lens,” which can be made of any transparent material, such as glass or even plastic.

And surprisingly, Menon said we could see these new thinner, lighter lenses in smartphones, medical equipments and digital cameras within five years. That’s not to say these new lenses will make your old DSLR obsolete, or that Apple will be jumping on the new tech for the iPhone 8 or 9, but it’s a sign we could be looking at thinner smartphones and lighter digital camera lenses sooner rather than later. 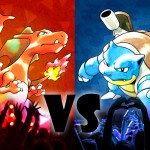 Nintendo is pitting Pokémon Red and Blue fans against each other 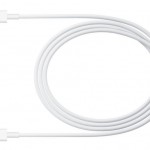 Don't miss a deal at Vimeo
Best offers at Marks and Spencer
Discounts, Sales and Deals at Adobe
Save your money with Groupon
Online-Shopping with Go Daddy
Best products at Carphone Warehouse