The all new PS Plus is here and it has an absolute gem of horror game waiting for you.

PS Plus now offers three membership tiers: Essential, Extra, and Premium. The latter comes with all the perks you could ask for, and is the priciest of the bunch. One of these benefits is cloud streaming access to a whole horde of OG PlayStation, PS2, PS3, PS4, and PSP games.

Nestled amongst the PS2 titles is Siren. Or Forbidden Siren, depending on which region you’re in. Released in 2003, some of you will definitely have slept on this one. Because you were either napping in a crib somewhere, or lining up at the spermatozoa starting line. But now’s your chance to catch up with the rest of us, for less than $20 a month.

You know things are going to get freaky when Silent Hill creator Keiichiro Toyama is involved. Toyama was at Siren’s helm as director, as well as co-writing the game alongside fellow Silent Hill alum Naoko Sato.

Exploring themes of isolation and unease, Siren knocked it out of the park in terms of story and its oppressive atmosphere. But it wasn’t just the setting, the game’s mechanics make for an incredibly stressful horror game.

As Siren opens, you find yourself in a village located deep in a Japanese mountain range. Already isolated, the village has become even more cut off by a strange moat of blood-red water. Trapped on the wrong side of the water, you’re stuck in the townlet with residents that have responded to these trying times by becoming incredibly hostile to anyone who isn’t ‘one of us!’. If weird blood water wasn’t enough, the villagers have been infected by a mysterious plague that has the added effect of making them look and sound creepy AF. You’re better off stealthing your way through the game rather than taking the townsfolk head-on.

Similar to Until Dawn’s extensive cast of characters, Siren is full of a roster of familiar faces you’ll get to know over the course of the game, many of whom won’t make it to the closing credits. One mechanic that set Siren apart from other games at the time was its “butterfly effect” system, where your actions in one section of the game could trigger action and objectives in different parts of the village.

On the con side, get ready for a lot of escort missions. I recall dragging a lot of NPCs around, which is basically a horror in and of itself, no matter what genre it appears in.

Sight jacking is another mechanic that seems to have split fans, arguably not offering enough to warrant its presence. It lets you hijack the POV of surrounding villagers so you can scope out a safe path. Prepare yourself for a lot of wheezy, heavy breathing when you slip behind the bleeding eyeballs of the locals.

Silent Hill creators on what makes Siren so scary

Both Keiichiro Toyama and Naoko Sato have spoken about Siren, as well as delving into how its development was influenced by their work on Silent Hill.

In an interview with Siren Maniacs (via FFTranslations), Sato recounts how, during his work on Silent Hill, he was already thinking ahead to his next horror venture that would be set a little closer to home. The setting of Silent Hill was a cause of self-doubt; Sato says he was often plagued by nagging thoughts of how accurate the setting was, being a Japanese native.

The prospect of transitioning to Japan opened up the chance to explore the country’s horror mythology and attitudes around it, as well as making the mundane, everyday aspects feel a lot more realistic.

Sato and I (and probably a lot of you out there) are on the same page when it comes to the horror genre; Japanese horror is pants-soiling in a way that its western counterpart is definitely not.

“I… wanted to base [Siren] in the darkness of the country, which most Japanese people feel physically, with its damp climate, a kind of unease that is hard to explain,” Nato says.

“I’ve always strongly believed that true horror lies in Japanese horror. For example, the nurse monsters from Silent Hill were designed by me, but what I imagined as I was coming up with things like their movements was Sadako from the film ‘The Ring’.”

On the topic of the different ways the cultures approach horror, Nato says, “This may come from a difference in mentality, but overseas, particularly in America, there seems to be much more fear coming from physical injury. However, it feels to me like the Japanese idea of horror is mainly the kind that goes after you mentally, that kind of helpless despair.”

If you’ve dabbled in the terrifying assortment of scary movies in Japanese cinema, you’ll be all too familiar with what Nato is talking about. Think about how in Ring, where viewers of a cursed videotape have just seven days to live after watching, it’s not the violent death at the end of the seven days that’s the real horror but the time in between where the victim is plagued with how helpless they are to escape their fate.

The ‘reimagned’ Siren: Blood Curse on PS3 (also on PS Plus Premium) introduced a bunch of new features that built on the original PS2 game, which Toyama elaborates on in an interesting interview up on the PlayStation blog .

The addition of the western characters, for example, was a new development designed to enhance the “feelings of isolation and terror”. Toyama adds that it also gives western players characters that are “easier to relate to.” Not to mention the “inevitable communication troubles” that magnify “the frustration the various characters feel toward their situation.”

The revamp also saw a new episodic structure which was a big deal at the time. As well as making it more manageable to follow, with its TV-like structure, Toyama explains that it called for more fleshing out in the story department, which bolstered the quality of the final product.

Sight jacking got a split-screen makeover, with players being able to still move about while taking a joyride in undead villagers’ heads. A very helpful move that alleviated some of the frustrations from the OG Siren. The difficulty was certainly a bone of contention with Siren, so think of Blood Curse as the do-over that zaps most of those niggles.

Selling you on Siren

Of course, being a PS2/ PS3-era game, Siren is going to look pretty darn janky. And the voice acting isn’t stellar, as evidenced by the short gameplay video above. But its selling point is very much its J-horror roots. This was some seriously spooky stuff back in the day, and while it may look dated, it’s still worth a go if that’s your jam.

Toyama goes into this when talking about what Siren offers that Silent Hill and Resident Evil don’t.

“Two things Siren Blood Curse offers that those titles don’t is a sense of horror made possible in a Japanese setting, and the human drama created from the interactions of the different characters…

“The interest in J-Horror spurred on by the success of Hollywood remakes like ‘The Ring’ and ‘The Grudge’ has helped lower the barrier in reaching the West with horror games like Siren that are based on a Japanese setting.”

So long as you know you’re in for a bit of an assault on the eyeballs by dipping back a generation or so, Siren is well worth your time. It broke new ground in terms of mechanics and gameplay, with some of those features, like the ramifications of your choice impacting characters’ fates, carrying over to titles like Until Dawn and Alan Wake.

I’d probably hop right on over to Blood Curse, which was the ‘first next-gen’ horror game at the time, if you want a more refined experience. But Siren is a historical slice of J-horror at its finest, and you really shouldn’t deny yourself a taste. 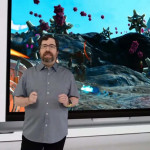 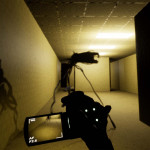 Don't miss a deal at O2 Mobile
Best offers at Brian Tracy
Discounts, Sales and Deals at Go Daddy
Save your money with Udemy
Online-Shopping with Adobe
Best products at Microsoft Store