Realme 5 May Be the Name of Company’s Upcoming 64-Megapixel Camera Phone, CEO Teases

Realme is all set to showcase the 64-megapixel camera phone in India tomorrow, and ahead of the launch, CEO Madhav Sheth has hinted at what the phone will be called. Sheth has changed his name on Twitter to Madhav ‘5′ Quad, hinting that the phone will be called Realme 5 when it launches tomorrow. The number 4 is considered unlucky in the Chinese culture, and Realme is following that trend and skipping one number after the Realme 3 and Realme 3 Pro. Of course, the phone could also be called the Realme 5 Pro – and we’ll have to wait for tomorrow’s event for a confirmation.

Sheth has been active on Twitter, and he has now changed his name to Madhav ‘5′ Quad. The number 5 indicates that the upcoming phone will be called the Realme 5, or it can also be speculated that the phone may be called Realme 5 Pro. The phone could be called either of the two, and the ‘Quad’ in the changed name stands for the quad camera setup that has already been confirmed by the company for the new 64-megapixel camera phone. To recall, Sheth had changed his name to Madhav X to reveal the name of Realme X earlier, before its launch. He could be doing the same thing this time around as well. Of course, all of this is based on pure speculation.

While the Realme 64-megapixel camera is set to be showcased in India tomorrow, China is hosting a launch event on August 15. Realme is rumoured to use Samsung’s ISOCELL Bright GW1 sensor that was announced earlier this year, but there has been no confirmation from the company’s end as of yet.

Xiaomi is also set to launch its 64-megapixel camera phone in China today. 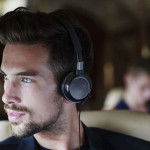 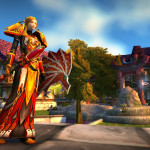 Looking for your WoW friends from 2004? Blizzard has new forums for that

Don't miss a deal at Surfdome
Best offers at Boohoo
Discounts, Sales and Deals at TalkTalk Phone and Broadband
Save your money with Brian Tracy
Online-Shopping with Groupon
Best products at Marks and Spencer