Sega marks its 60th anniversary with free mini-games on Steam

Sega is celebrating its 60th anniversary this year and it’s marking the occasion with a week of festivities on Steam. There’s a sale on many Sega games including Persona 4 Golden, Bayonetta and the Total War series. You can claim a couple of titles for free, including Sonic The Hedgehog 2 (the best Sonic game, IMO).

To snag the classic Saturn title NiGHTS Into Dreams gratis, you’ll need to link your Steam account to your email address at a site Sega set up by December 13th. You’ll also receive “exclusive access to weekly goodies drops” over the next several weeks.

Perhaps most intriguingly, Sega has created a few mini-games especially for the Steam celebrations — and they’ll only be available to claim for a limited time. Among them is a peek at a canceled project called Golden Axe: Reborn. The Golden Axed mini-game has just one level. You’ll have 24 hours to add it to your library, starting on October 18th at 1PM ET. But once you do, it’s yours to keep. The same goes for the other three titles.

Another of the mini-games is a crossover between the Streets of Rage and Yakuza franchises. In Streets of Kamurocho, you can beat up a bunch of bad guys with Kiryu and Majima. That one’s available from October 17th-19th.

The other mini-games are a multiplayer tank battle title called Armor of Heroes (available to claim from October 15th-19th) and side-scrolling shoot ’em up Endless Zone (October 16th-19th), is a spin on the ’80s arcade game Fantasy Zone.

Sega is celebrating its milestone in some other ways, including with a fun Fall Guys Sonic skin. You can snag that today if you have enough kudos. 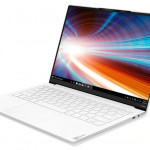 Don't miss a deal at John Lewis
Best offers at Farfetch
Discounts, Sales and Deals at Adobe
Save your money with Brian Tracy
Online-Shopping with Argos
Best products at Boohoo