Skull and Bones, Ubisoft’s long-delayed multiplayer pirate game, has had yet another change in management, as a veteran producer of Call of Duty joins its development team.

Neven Dravinksi worked as a senior producer on Call of Duty as far back as 2012’s Black Ops 2. He most recently directed the production of Warzone and Modern Warfare‘s live service elements. According to a press release, he’s joined Skull and Bones as a senior producer to shape the game’s vision and strategy

The press release made no mention of a potential release date. Ubisoft is still officially targeting a launch window between 2022 and 2023, and its language suggests the game is still very much in the thick of development. Dravinksi hasn’t been brought on to oversee the completion of the title, but to lead the development team as it continues work on the game.

“I am excited to join the talented teams of Ubisoft Singapore,” he said in a press release. ”The Skull and Bones development team is working on an incredibly exciting project, and I look forward to supporting them as they bring the game’s vision to life”.

That will be no mean feat. Skull and Bones has faced a turbulent development since it began life as an expansion to Assassin’s Creed 4: Black Flag back in 2013. A Kotaku report released last year detailed how its scope and gameplay had dramatically changed over the course of development, with its setting, core naval gameplay loop, and creative direction being radically upended throughout.

Skull and Bones has long been beleaguered by changes in management, too. Elizabeth Pellen is currently acting as the game’s third creative director, and it was only earlier this year that co-director Antoine Henry left the project.

That yet another senior manager is being introduced might be taken as a sign that the game’s tumultuous development isn’t yet behind it, as new hands are brought on to the ship to steer it into calmer waters. However, Ubisoft will likely be hoping Dravinski – and his 20 years of video game production experience – will be the key to curing Skull and Bones’ ills.

Earlier this year, six minutes of Skull and Bones gameplay was leaked on Reddit, giving us a glimpse of its naval combat, before being promptly removed for copyright violation. While it wasn’t clear at what stage of the game’s production the video had been captured, PCGamer reckoned it looked fairly similar to what it had seen during a 2018 preview. Players journey across the high seas and skirmish in fast-paced naval combat, completing contracts to earn infamy and upgrade their ship.

Although originally slated to release in 2018, Ubisoft has delayed the game numerous times. It’s currently due to launch in the 2022 fiscal year, which would place it somewhere between April 2022 and April 2023. But even that wide margin may prove too soon. 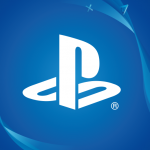 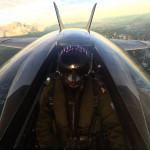 Don't miss a deal at EBay DE
Best offers at Udemy
Discounts, Sales and Deals at H&R Block
Save your money with Virgin Media
Online-Shopping with O2 Mobile
Best products at Bodybuilding