Home » Games » Xbox Mini Fridge: everything you need to know and where to buy
0

The Xbox Mini Fridge shouldn’t exist, but we’re thankful it does. It’s rare that a joke results in a genuine product idea in the video games industry, particularly when it’s made at a company’s expense. But that’s exactly what happened with the Xbox Mini Fridge, which is now available to buy.

When the Xbox Series X was revealed to the world – with its towering, rectangular shape – users on social media quickly likened the console to a fridge. So rather than going back on design, Microsoft embraced the fun and went as far as to create a giant Xbox Series X fridge for players to keep their snacks chill during any gaming session.

The Xbox Mini Fridge is available now. It was supposed to release during Holiday 2021 (that’s between November and December) but slipped to January 2022.

The Xbox Mini Fridge is only available at Target in the US and Game in the UK, and the latter faced supply issues that subsequently led to a delay. Costing $99.99 / £89.99. it’s worth noting that if you don’t pick up the Xbox Mini Fridge from a store, you may face a hefty delivery charge due to the size of the unit.

The Xbox Mini Fridge is designed to look exactly like an Xbox Series X, and in many ways, it nails this aspect. You’ll find everything you can see on Microsoft’s flagship console here, including a working front USB port that can power a device like your smartphone. The Xbox Mini Fridge’s power button and top vent can also be illuminated independently, giving the unit a more sophisticated look.

On the back of the Xbox Mini Fridge is a switch that lets you turn on the device and choose either eco or max mode. Both modes exhibit a fairly audible amount of fan noise, but the eco mode isn’t too obtrusive.

Inside, there’s room to store up to 12 soda cans thanks to its 10-liter capacity, and a couple of removable shelves to house some snacks inside the door. The Xbox Mini Fridge does a good job of keeping everything cool, but condensation can occur inside, as highlighted by a warning label inside.

Xbox Mini Fridge: where to buy

The Xbox Mini Fridge is only available at Target in the US and Game in the UK. Both retailers have struggled to keep the product in stock, as it’s proven very popular with fans who want a piece of unique memorabilia or simply want a mini fridge as part of their setup.

Xbox Mini Fridge: $99.99 at Target
The Xbox Mini Fridge can hold up to 12 soda cans and has two removable shelves, which should give you plenty of room to hold all your favorite gaming snacks. It’s available exclusively at Target in the US.
View Deal

Why did Microsoft make an Xbox Mini Fridge?

The Xbox Mini Fridge got the greenlight after Xbox marketing chief Aaron Greenberg promised to manufacture the product if the company won Twitter’s #BestofTweets competition, which it did by the narrowest margins of 50.5% to 49.5%. To encourage more votes, Greenberg said Xbox mini fridges would go into production if the brand came out on top. The rest, as they say, is history.

Is the Xbox Mini Fridge worth it?

The Xbox Mini Fridge is a novelty product and one that will certainly appeal to Xbox fans. Yes, it works as a mini fridge but it isn’t exactly a class-leading device so bear that in mind. The fan noise may be rather distracting for some, but if you have the Xbox Series X Mini Fridge set up in another room that won’t be an issue. Still, there are some really nice design flourishes like an illuminated power button and top fan, along with a working USB port that adds a lot to the Xbox Mini Fridge’s overall appeal. 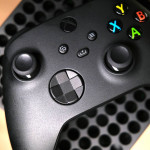 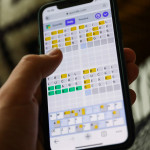 Don't worry, Quordle is not going behind a paywall, says Merriam-Webster

Don't miss a deal at Microsoft Store
Best offers at Intuit Small Business
Discounts, Sales and Deals at EBay DE
Save your money with TalkTalk Phone and Broadband
Online-Shopping with Myprotein
Best products at The Home Depot