ASUS may have inadvertently pushed malware to some of its computers through its update tool, but it at least has has a fix ready to go. The PC maker has released a new version of its Live Update software for laptops that addresses the ShadowHammer backdoor attack. It also promised “multiple security verification mechanisms” to reduce the chances of further attacks, and started using an “enhanced end-to-end encryption mechanism.” There are upgrades to the behind-the-scenes server system to prevent future attacks, ASUS added.

The company simultaneously reiterated the narrow scope of ShadowHammer, noting that the malware targeted a “very small and specific user group.” It’s believed to be an Advanced Persistent Threat — that is, a state-backed assault against organizations rather than everyday users. Other ASUS devices weren’t affected, according to a notice.

While the fix is reassuring, it also raises questions as to why the systems weren’t locked down earlier. Update tools are prime targets for hackers precisely because they’re both trusted and have deep access to the operating system — tight security is necessary to prevent an intruder from hijacking the process. 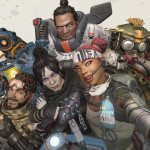 Apex Legends is getting another new character this season 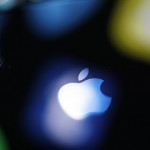 Don't miss a deal at Adobe
Best offers at Argos
Discounts, Sales and Deals at Currys
Save your money with Groupon
Online-Shopping with Vimeo
Best products at Go Daddy