Bird wants you to make purchases through its mobile app

E-scooter startup Bird has started testing a new in-app payments feature called Bird Pay. If you live in Santa Monica or Los Angeles, you can try it out at select businesses across the two cities. If you see a tablet like the one pictured above, you can pay for a purchase by opening the Bird app, scanning a QR code, entering the amount you owe and then swiping up to confirm the payment. It’s not as straightforward of a solution as say Apple Pay, but it does bypass the need for an NFC terminal — which businesses in the US have been slow to adopt.

It might seem strange to see Bird add mobile payment functionality to its app, but if done correctly, the feature could help the company’s bottom line. Before Apple Pay dethroned it in 2019, Starbucks was the most popular mobile payments app in the US. As of last year, approximately 25.2 million people used the coffeehouse chain’s mobile app to pay for food and drinks. Even modest adoption would help the company’s financials. And Bird, like most of its competitors, needs to find ways to generate revenue. According to a report last year from The Information, the company lost nearly $100 million in the first quarter of 2019. Even with fresh funding from investors, it’s not sustainable to sustain those types of losses. 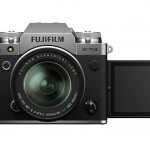 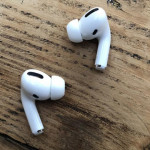 Don't miss a deal at Currys
Best offers at Virgin Media
Discounts, Sales and Deals at Turbo Tax
Save your money with O2 Mobile
Online-Shopping with Microsoft Store
Best products at Bodybuilding