The FIFA 23 release time is coming around fast, but there are a few ways to jump into the game before its official launch.

It’s quite a momentous occasion. FIFA 23 will be the final EA soccer game to release with the official FIFA licence, marking an end to the mammoth franchise. At least it’s finishing on a high, with Ted Lasso making an appearance alongside a bunch of Marvel superheroes.

FIFA 23 will roll out with an early access period, letting you kick about the pitch three days before the game fully releases. And if you’re an Xbox Series X|S or Xbox One player, you can hop in even earlier using a nifty New Zealand time zone trick.

The FIFA 23 release time is the same across platforms. Whether you’re playing on an Xbox or a PS5, you’ll be able to lace up your boots and strap on your shin guards on Friday, September 30 at 12am local time.

You don’t need to wait for Friday to jump into FIFA 23. If you pre-order the FIFA 23 Ultimate Edition or subscribe to EA Play Pro, you can boot up the game from Tuesday, September 27, 12am local time.

Regular EA Play subscribers, including those with an Xbox Game Pass Ultimate subscription, will also be able to hop in at the same time. But they’ll only have access to a 10-hour trial period.

Any progress you make in the early access period will carry over to the full game.

Xbox players can hop into FIFA 23 even sooner using this nifty workaround. As Twitter user @FIFAUTeam spotted, by setting the region of your console to New Zealand, you’ll be able to play hours before the game officially unlocks in your timezone. Players in the US can save nearly 20 hours of waiting, while those in the UK can jump in 12 hours early.

The trick should work for both the early access period and the game’s full launch. To do it, follow these steps:

Unfortunately, PlayStation users don’t have such luck. It’s only possible to change the region of the PS5 or PS4 by creating a brand new PSN account. 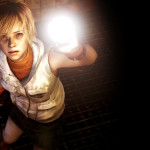 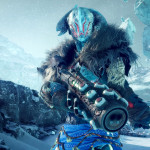 Don't miss a deal at EBay DE
Best offers at Currys
Discounts, Sales and Deals at Brian Tracy
Save your money with TalkTalk Phone and Broadband
Online-Shopping with H&R Block
Best products at Go Daddy