Google set to axe Nexus name for its future smartphones

The Nexus line may cease to exist as we know it, as Google is reportedly dropping the name for the upcoming iterations of its flagship Android phones.

Starting this year, Google will rebrand its new Nexus handsets with a new title and specialized take on the Android operating system, sources tell Android Central.

It isn’t clear whether Google is just taking a break from the 6-year-old Nexus series, or if the shift marks a permanent change to the company’s phone-making philosophy.

It also wasn’t revealed what the new moniker for the 2016 Nexus phones will be, though it wouldn’t be surprising if the phones make a more direct connection to Google by name.

New Nexus, inside and out

Similar to last year’s Nexus 5X and Nexus 6P – built under Google’s supervision by LG and Huawei, respectively – this year’s Nexus sequels are planned to come in a pair.

The duo are rumored to be 5- and 5.5-inch handsets developed by HTC under the code names Marlin and Sailfish.

Little else is known about the devices at this time, though it appears they will take a note from one of Huawei’s flagship features and include gesture controls using a built-in fingerprint scanner.

Also worth noting is that the new Nexuses (Nexii?) may offer added software and a different interface not seen in other Android devices, further separating them from the “core” Android experience the Nexus line is known for.

As fall approaches, we expect to learn more about Google’s intentions with the Nexus line and whether it will stay the course as normal, or diverge off the beaten track with a new name and identity. 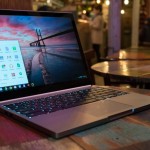 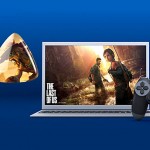 Play some of PlayStation's best games on your PC starting today

Don't miss a deal at Argos
Best offers at Groupon
Discounts, Sales and Deals at Surfdome
Save your money with Marks and Spencer
Online-Shopping with Brian Tracy
Best products at The Home Depot