Google’s research arm has come out with a new Motion Stills app to help you make GIFs and interestingly it’s only designed to work with the iPhone 6S or iPhone 6S Plus.

The new Motion Still app essentially helps to stabilize Apple Live Photos, which as iPhone 6S and 6S Plus owners know are basically short video created from several dozens of still frames. Aside from just animating and stabilizing Live Photos, the Google Research app will actually freeze the background into a static image.

The end result is a short clip that looks less like a short video and instead more like a cinemagraph, which often only have one moving element in the frame and are harder to pull off than your run-of-the-mill animated gifs.

Ken Conley and Matthias Grundmann of Google Research’s Machine Perception team explained they developed their algorithm by stabilizing hundreds of millions of videos and creating GIF animations from photo bursts. Now the fully developed iOS app can recast videos and bursts as if they were filmed using stabilization equipment, yielding a still background or creating cinematic pans to remove shakiness.

The app is available to download for free right not if you’re on iOS and have one of Apple’s latest mobile device. However, there’s no word of when or if it will come to Android, but it likely won’t until Google develops its own form of animated imagery. 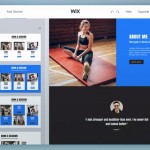 In Depth: Wix's AI is the automatic web designer we didn't know we needed 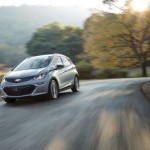 EVs explained: everything you need to know about electric vehicles

Don't miss a deal at John Lewis
Best offers at O2 Mobile
Discounts, Sales and Deals at Udemy
Save your money with Carphone Warehouse
Online-Shopping with Bodybuilding
Best products at Surfdome