Instagram is opening up its monetization tools to more influencers. The company is expanding access to two features that will make it easier for the app’s “creators” to make money. Instagram now allows more than 50,000 influencers around the world to sell “badges” during live streams, the company said in an update.

First introduced in May, badges are a way for fans to make themselves more visible during a live stream, while influencers may opt to give badge-holders on-air shoutouts or other favorable treatment. Instagram says it will temporarily match whatever its creators make from badge sales (up to $5,000 per account) as it widens availability. The company is also expanding its test of commercials in IGTV, which allows creators to earn a share of the ad revenue generated from longer videos, though it’s still limited to only a few hundred US-based accounts for now.

The new tools are part of Instagram’s effort to help its most popular users make money, and catch up to the monetization features already offered by YouTube, Twitch and other platforms. Until now, Instagram influencers have mostly relied on brand deals or traffic to online stores to monetize their following, but they haven’t been able to share in ad revenue or sell in-app perks.

The new features could also help Instagram make money from sourced other than advertising. While the company will let creators keep 100 percent of what they make from badges for now, Instagram has said it will “explore” a revenue sharing arrangement at some point in the future. And, if badges are successful, it’s not difficult to imagine the app could one day add more perks to its lineup. 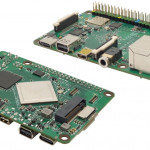 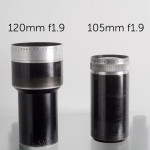 Don't miss a deal at Brian Tracy
Best offers at Currys
Discounts, Sales and Deals at Udemy
Save your money with Nike DE
Online-Shopping with Farfetch
Best products at Sky