The first public beta builds of iOS 13, iPadOS, and macOS 10.15 Catalina are now out. The latest releases come days after Apple provided new experiences to developers. With the debut of the first iOS 13 public beta, users on all iOS 12-running iPhone and iPod touch models are eligible to get a sneak peek at all the features coming through a public release later this year. The Cupertino giant has also for the first time brought the public beta of iPadOS, the iPad-focussed operating system that was unveiled at the WWDC keynote earlier this month. Similarly, Mac users who are running macOS Mojave can update their systems using the first public beta of macOS 10.15 Catalina. It is worth mentioning that unlike the developer preview that requires an active developer account at an yearly charge of $99 (roughly Rs. 6,900), public betas are available for free to all users.

Apple at this year’s WWDC 2019 unveiled iOS 13 with the anticipated dark mode. The new iOS version also includes an upgraded Photos app that includes various enhancements and uses on-device machine learning to organise photos. Further, imaging editing and privacy updates, including Apple ID authentication are a major part of the latest iOS. There are also various India-centric features, including an Indian English voice supporting Siri and a romanised Hindi-English bilingual keyboard along with typing predictions.

Other new features Apple introduced with iOS 13 include a revamped Apple Maps, updated Reminders and Messages apps with new features, Siri Shortcuts with new ‘Suggested Automations’, improved CarPlay with new dashboard, and the ability to fully control your iOS devices with just your voice. Notes, Files, Health app are getting new features as well. The company is also adding Quick Path to its keyboard app, which is the equivalent of swipe typing on Android devices.

Lastly, Apple says iOS 13 includes a new way to package apps, which will reduce the app sizes by up to 50 percent and make app updates over 60 percent smaller. Apps will be faster to launch as well.

You can take a glimpse at all these new features through the first public beta of iOS 13. The update is available for iPhone 6s ₹ 29,149 and later models.

Alongside the latest iOS update, Apple during the WWDC keynote unveiled iPadOS specifically for compatible iPad models. The new iPad platform is designed to bolster productivity for iPad users by bringing an enhanced multitasking experience and a revamped home screen. There are also a set of editing gestures and deeper Apple Pencil support.

The list of compatible devices with iPadOS include iPad Air 2 and later models, all iPad Pro models, iPad Mini 4, as well as iPad fifth generation and all later models in the series. If you own any of these models, you can install the first public beta of iPadOS to experience the change.

For Mac users, Apple during the WWDC keynote earlier this month brought macOS 10.15 Catalina that brings apps such as Apple Music, Apple Podcasts, Apple TV as well as features like Sidecar that enables native support for iPad to work as a secondary display. There is also a new accessibility feature called Voice Control to allow users to control the Mac machine using their voice.

Apple will bring macOS Catalina to all Mac devices introduced in mid-2012 and later. However, you can experience some of its features by downloading the latest public beta.

It is recommended to install the beta software on a secondary device as it may include some serious bugs. Also, you’re advised to back up your data before beginning the download process.

Once you’re enrolled in the Apple Beta Software Program and set to begin the download process, go to Settings > General > Software Update to get the latest iOS public beta version on your iPhone, iPod touch, or iPad. The device should have at least 50 percent battery or connected to the charger to begin the installation.

During the testing phase, you can at any time move back to the public release on your Apple device by following the step-by-step procedure to un-enrol from the public beta.

Just like the process for downloading the latest iOS and iPadOS public betas, you need to enrol in the Apple Beta Software Program using your Apple ID to begin with macOS 10.15 Catalina public beta. An FAQ section is available to answer all your common queries related to the programme.

Once signed up for the programme, you’ll be able to download and install the public beta by going to the macOS Catalina beta page on the Mac App Store. You need to restart your system after completing the update process.

It is recommended to backup your data before beginning the download process. Also, we advise you to install the public beta on a secondary device as you may face some glitches due to pre-public release bugs and issues. 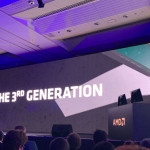 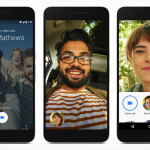 Don't miss a deal at Groupon
Best offers at Udemy
Discounts, Sales and Deals at Ancestry
Save your money with House of Fraser
Online-Shopping with Surfdome
Best products at Turbo Tax