Microsoft’s Xbox and Surface business keep growing amid the pandemic

Just like Microsoft’s previous quarter, the software giant isn’t taking much of a hit from the coronavirus epidemic. Amid strong revenues of 38 billion (up 13 percent from last year), the company’s Q4 earnings report reveal that its Xbox content and services business has increased by 65 percent from a year ago. Surface sales, meanwhile, jumped up by 28 percent, reaching $1.7 billion. Those figures aren’t too surprising, given the increasing demand for PCs to manage work and school at home, as well as games to keep us all sane as we’re trapped inside.

And of course, Microsoft’s cloud business is doing better than ever, with revenues of $13.4 billion. That’s a 17 percent increase from last year, which also includes a 47 percent revenue jump for its Azure cloud.

“The company is still benefiting from businesses, governments and schools reacting to the crisis and I think that was reflected in the numbers,” analyst Patrick Moorehead said in a statement. He added, “While I am not yet concerned with the declining Azure numbers as the revenue base is growing, it’s something to keep our eyes on. I can imagine, given the pandemic, how difficult full digital transformations would be without having employees at work.” 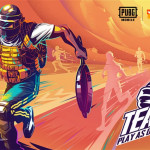 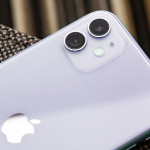 Don't miss a deal at O2 Mobile
Best offers at Bodybuilding
Discounts, Sales and Deals at Sky
Save your money with Virgin Media
Online-Shopping with EE Mobile
Best products at Brian Tracy