Motorola is expected to launch multiple new smartphones in the Moto G7 lineup later this year. One of the upcoming smartphones in the series, the Moto G7 Play, seems to have appeared on a popular benchmarking platform, indicating that it might be launched soon. The Moto G7 Play’s alleged Geekbench visit has revealed that it will be powered by Qualcomm’s octa-core Snapdragon 625 SoC (clocked at 1.80GHz) paired with 3GB of RAM. The phone will also reportedly run on Android 9 Pie out-of-the-box.

The Moto G7 Play’s purported Geekbench listing was first spotted by TheAndroidSoul with the model name listed as ‘motorola moto g(7)’ in the benchmarking platform’s database. The Moto G7 Play surfaced for the first time back in October last year when tipster Evan Blass revealed that Motorola will launch a total of four new G-series smartphones in 2019 which include the Moto G7, Moto G7 Play, Moto G7 Plus, and the Moto G7 Power.

Even though the Geekbench database lists the alleged Moto G7 Play as the ‘motorola moto g(7)’, we suspect that it is not the standard Moto G7 model but its ‘Play’ variant instead. As per a previous report, the Moto G7 will be powered by the Snapdragon 8150 SoC while the larger Moto G7 Plus is expected to come equipped with a Snapdragon 700-series processor. Similar details emerged when the Moto G7 was allegedly spotted on the US FCC website packing the Snapdragon 660 SoC paired with 4GB of RAM. As far as the remaining specifications are concerned, not much is known about the Moto G7 Play’s internal hardware.

Alleged press renders of the upcoming smartphone suggests that the Moto G7 Play will feature a single rear camera housed inside a circular module, while a fingerprint sensor will sit below it. On the front, there will be a wide display notch and a thick chin at the bottom, both being the design elements it will share with the Moto G7 Power. Further hardware details and information about pricing structure remains unknown, but we will get to know more when the four smartphones in the Moto G7 series are launched at an event that will reportedly take place before MWC 2019 next month. 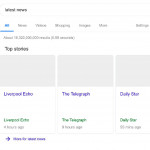 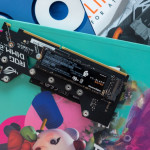 Don't miss a deal at Nike DE
Best offers at Sky
Discounts, Sales and Deals at John Lewis
Save your money with GoCompare
Online-Shopping with Turbo Tax
Best products at Carphone Warehouse