Motorola One Action announced with a never-before-seen camera feature

Motorola’s smartphones tend to be budget champions, but lots of them also come with weird and wacky features, and now the company has topped itself with the launch of the Motorola One Action.

The Motorola One Action, the latest phone in the One line after the Motorola One Vision, comes with some of the features from this predecessor, like a 21:9 6.3-inch display, and a ‘punch-hole’ front-facing camera, but there are new features too – and one huge new addition which provides the phone’s name.

This feature is the ‘Action Cam’, one of the One Action’s three cameras. It’s a camera that lets you record in 4K quality with a 117-degree field-of-view and, most intriguingly, it can twist video 90 degrees around, so you can hold your phone vertically while filming horizontally.

Recording video in this way sounds like a novel experience, and we’ll make sure to test it out fully when we get our hands on the device.

The other two cameras are a 12MP main snapper and a 5MP depth sensor. Since the Action Cam has an ultra-wide-angle lens, it’s likely you’ll be able to use it in lieu of a dedicated wide-angle rear camera.

Motorola One Action: other features

The Motorola One Action runs on an Exynos 9609 chipset, and while Exynos processors are designed by Samsung and usually reserved for Galaxy smartphones, previous Motorola One phones have used them.

The battery size is 3,500mAh, and the device supports 10W fast charging – those specs aren’t exactly mind-blowing, but they’re appropriate for a budget smartphone. There’s also a 3.5mm headphone jack, which is indicative of the phone’s affordable status.

In terms of memory, the One Action has 4GB of RAM, and you’ll be able to fit 128GB of your files and media on it, although there’s expandable storage if that’s not enough.

You can pick up the handset immediately in the UK, and it will set you back £219 (roughly $265, AU$390), so it’s definitely an affordable phone, but it’s just slightly too expensive to fall into our grouping of the best cheap phones. There’s no word on a US or Australian release date or price, but we’ll update you if we find anything out.

If you’re interested in the phone, we’ve briefly tested it out, so check out our Motorola One Action hands-on review to see how we found it. 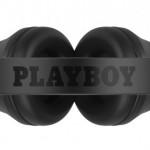 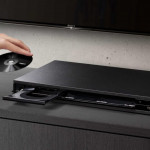 Don't miss a deal at TalkTalk Phone and Broadband
Best offers at Vimeo
Discounts, Sales and Deals at Newegg
Save your money with Currys
Online-Shopping with H&R Block
Best products at EBay DE