If you’re holding out on the just-announced Google Pixel in hopes the company will revisit its Nexus line one day, you may want to sit down.

Google said today that it has no future plans to develop Nexus-branded smartphones or tablets, opting instead to focus on the newly anointed Pixel.

Prior to today’s reveal, the Pixel and Pixel XL were thought to be codenamed Nexus Sailfish and Marlin. Hints that Nexus was on the way out started to arise as the company became more interested in the in-house approach of Pixel and likely wanted to avoid brand confusion.

However, thanks to a very hands-on approach from Google regarding the Pixel line – to include speedy access to Android’s latest updates – one can argue the Nexus/Pixel transition as more of a reboot than the death of a lineage. 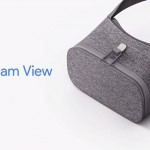 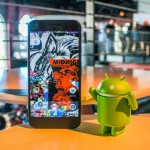 Don't miss a deal at The Home Depot
Best offers at Marks and Spencer
Discounts, Sales and Deals at Ancestry
Save your money with Carphone Warehouse
Online-Shopping with Sky
Best products at TalkTalk Phone and Broadband