Let’s just preface this by saying that, unsurprisingly, we’re not professional creatives that need a monitor with exquisitive color reproduction and high brightness for HDR playback.

So, with that in mind, it should hopefully contextualise what we’re saying about Apple’s Pro Display XDR, the 32-inch LCD monitor to be paired with the new Mac Pro, and seems to be hugely capable.

Like so many Apple products, it’s about the premium gloss applied on the top – but with the Cupertino brand’s professional equipment it can be hard to give a true feel of what the technology can achieve in the hands of the right people. 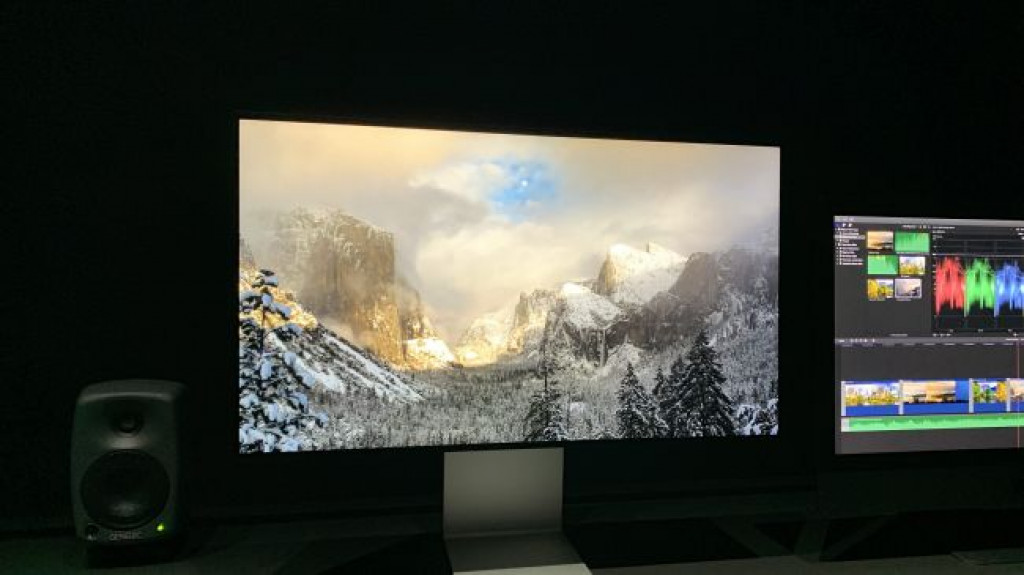 Apple has said that the Pro Display XDR price will start at $4,999 (which we expect to be around £4,700 / AU$7,000) and will be released later in the year around October, with Apple stating the release date will be Fall in the US.

There’s very little bezel on the Pro Display, and the industrial design is clearly created in such a way to mirror the brutalist look on the new Mac Pro. Unlike the garbage can design of the previous high-end computer from Apple, the 2019 model is all brushed aluminum and large heat sink holes.

The Pro Display XDR follows the same design language, with many holes on the rear designed to allow the monitor to function at a higher brightness (more on that later) without massively overheating.

It’s certainly a strong look – it’s far removed from the sleek metallic finish of other Apple products. The edge of the display is sharp and angular too, and quite thick in today’s world of zero-edge displays – you know this is something designed for a purpose and not to simply be pleasing on the eye in store.

The basic mount clips on to the center of the Pro Display, and you can also turn it 90 degrees for it to function in portrait mode. Of more interest (and pain for the wallet) is the $999 (around £999 / AU$1,400) Pro Stand, which is meant to make things almost effortless in terms of moving the monitor around, being able to observe the pictures from different heights and angles, and spinning the display through 90 degrees. 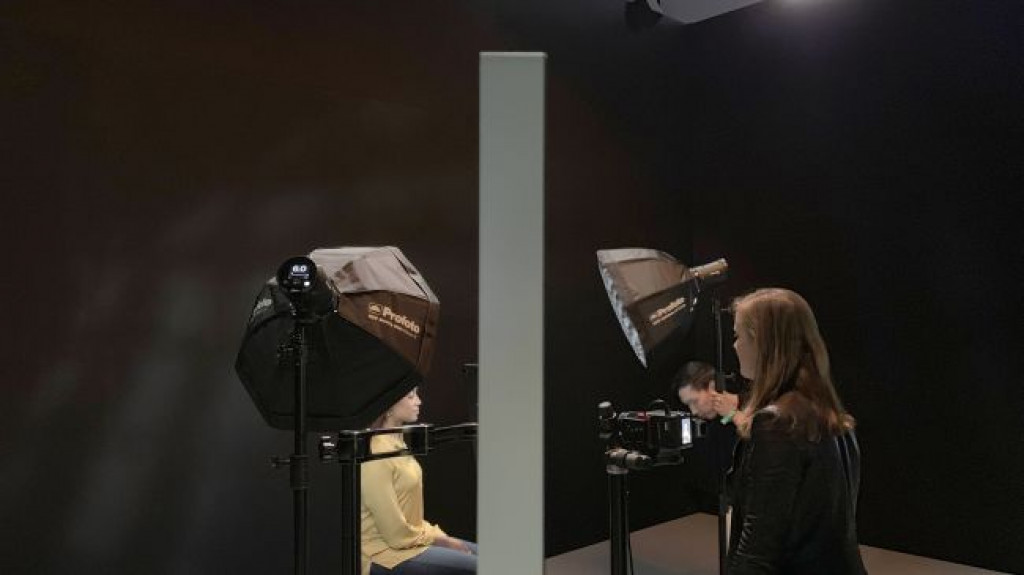 We weren’t able to try the monitor on this stand – Apple was being very cagey about us using our hands on anything – but checking out the stand in augmented reality showed an insane amount of engineering inside the counterbalanced platform.

Does that still mean it’s worth $1,000? It still feels a rather high premium, even if it feels super lightweight to use.

Taking into account our almost-luddite level of knowledge of a pro-grade display, Apple’s new monitor is certainly one that many creatives will aspire to.

One thing we do know is pretty impressive is the brightness – to serve the needs of grading in HDR, Apple has made the Pro Display XDR capable of emitting constantly at 1,000 nits. This would be hugely overkill for most modern TVs, but for those that need to make sure every scene is perfect, this level of quality is hugely useful. 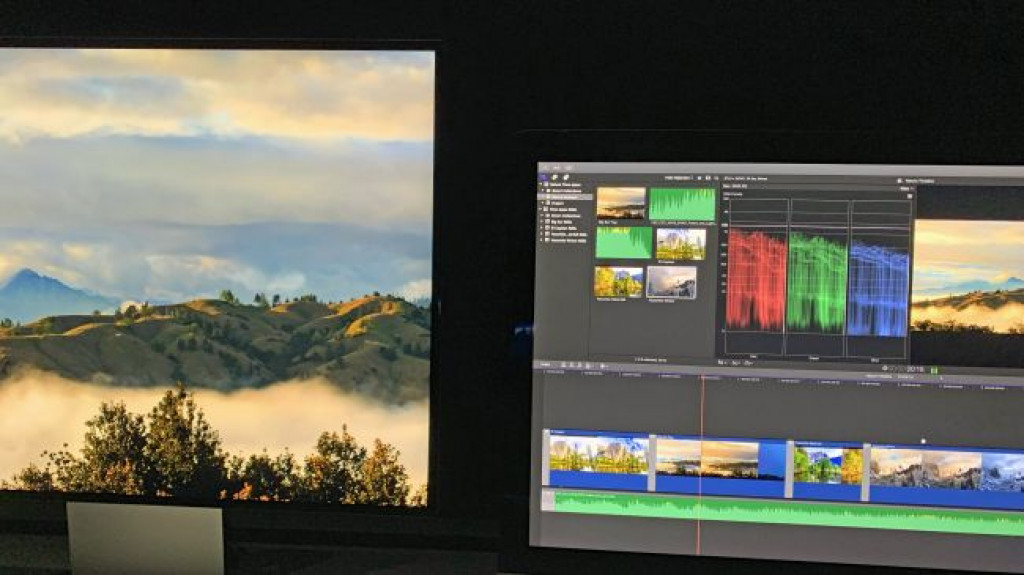 The peak brightness can go to 1,600 nits – while this isn’t anywhere near the top level of what Dolby Vision is supposed to be able to work to, it’s more than enough for nearly any task these days.

The feat of constant brightness has been achieved by an array of locally-dimmed blue LEDs, with the aforementioned design’s holes letting the hear pour out the rear.

The HDR capability of the display – admittedly running Apple’s chosen demonstration videos, designed to make the monitor’s capabilities thrive – does look incredible, with the detail of the content at 6K (well, 6016 x 3384) resolution. 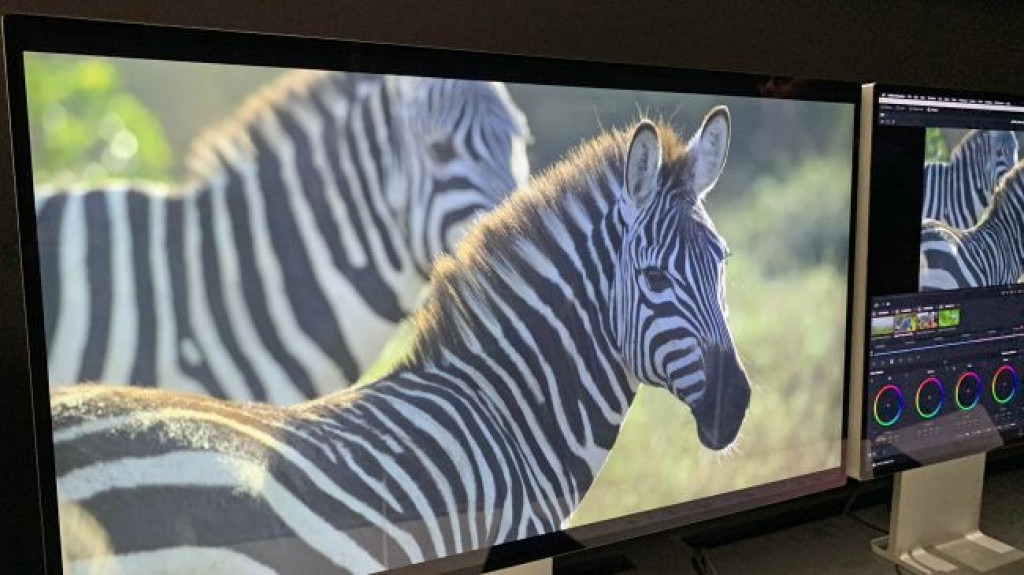 Apple says the display is factory calibrated to ensure perfect color reproduction and accuracy, allowing for P3 wide color gamut and 10-bit color. It’s basically about color, as you can imagine.

Speaking of which, the color levels on show were super-saturated, but designed that way to show the level of detail these monitors are capable of. 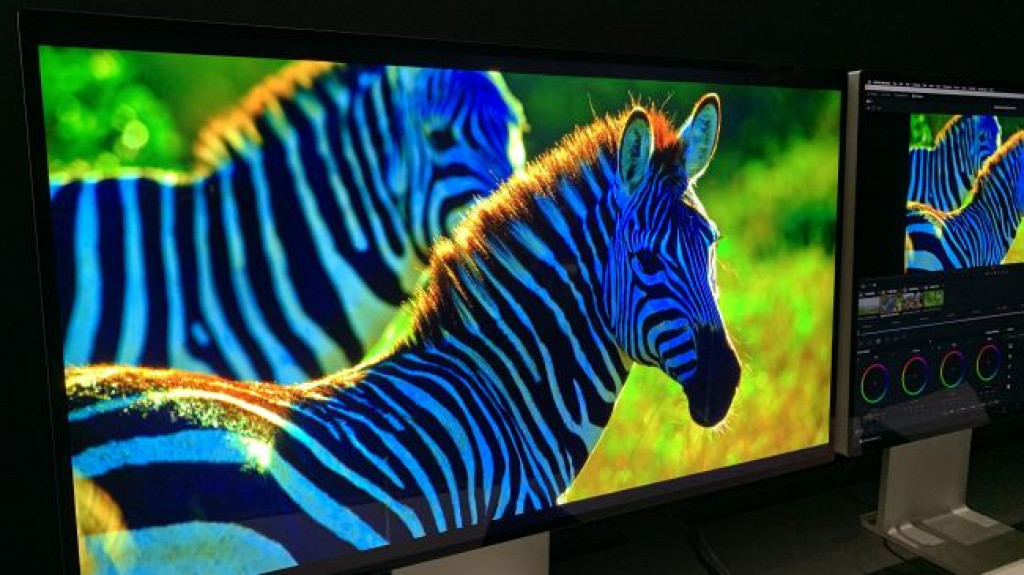 The brightness levels and contrast levels were both impressive, but the color detail was what really stood out – being able to boost the final output compared to the original footage was pretty amazing, even if it did look entirely fake.

One 3D artist took us through the changes he’d noticed from using the new monitor, with more color detail being offered through the new levels of brightness – for instance, on the chameleon’s tongue below. 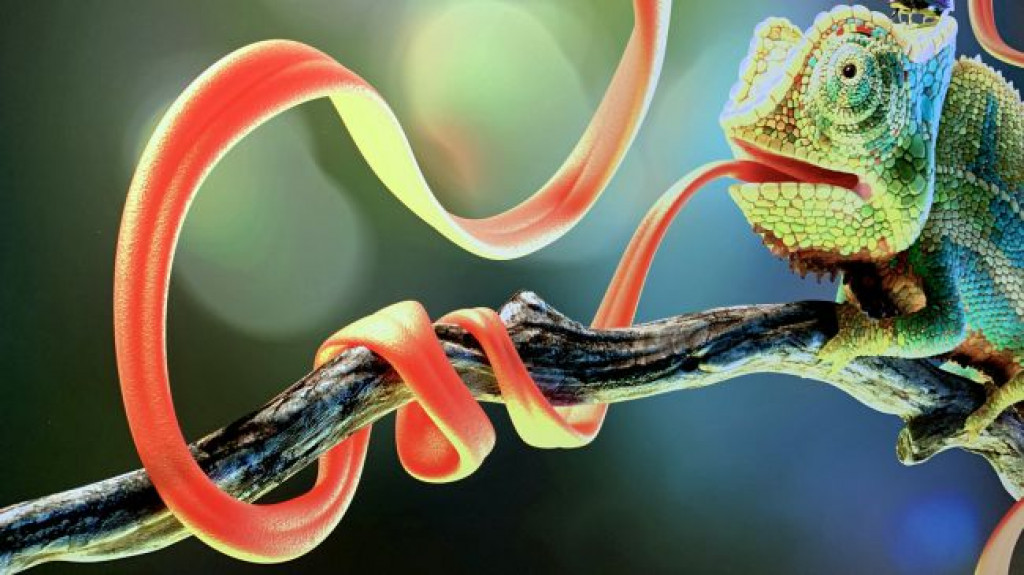 Whether this monitor is worth the high price is one that mere mortals can’t really say – if you’re not a professional working with digital art, then you’re not going to realise the benefits of this screen. 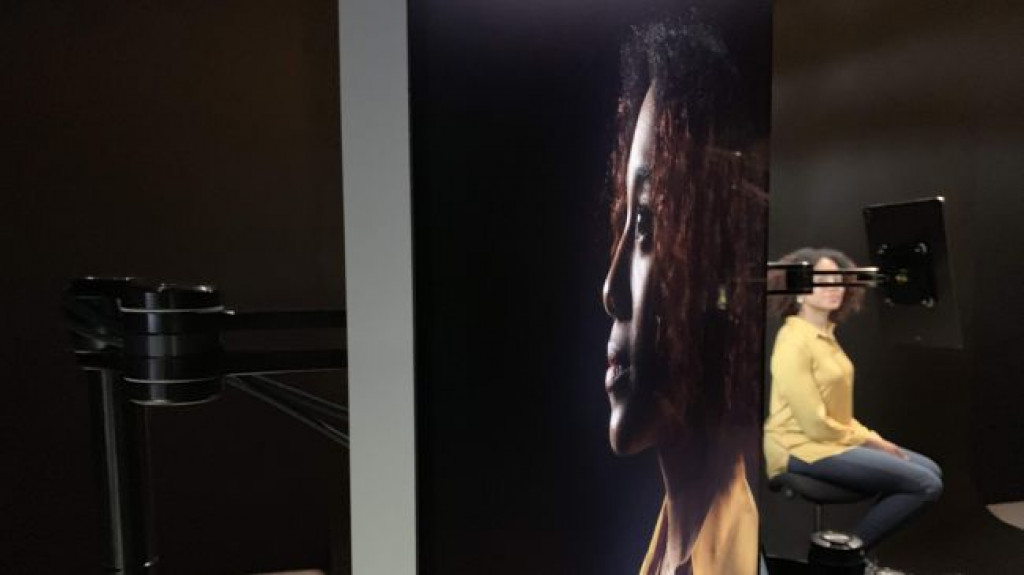 Whether you buy this monitor or not depends entirely on your industry and whether it, combined with the extra power the Mac Pro will give you, can really offer something more to your day.

As one person told us today, having these extra features on the new Pro set up gave him nearly half a day back – and that allows far more artwork to be created.

The Pro Display XDR is clearly a really powerful and impressive display – it just depends whether the new capabilities are really for you. 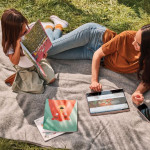 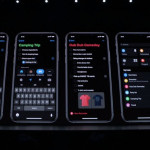 Don't miss a deal at Brian Tracy
Best offers at Mobiles
Discounts, Sales and Deals at EE Mobile
Save your money with Boohoo
Online-Shopping with The Home Depot
Best products at Sephora