After being a part of rumours for some time, Redmi K30 Pro has now been confirmed officially. Xiaomi sub-brand Redmi teased the launch of the Redmi K30 Pro while announcing the discontinuation of the Redmi K20 Pro on Weibo on Monday. The new Redmi-series phone is likely to debut as an upgrade to the Redmi K30 that was unveiled in December. If we look at some recent reports, the Redmi K30 Pro would come with 33W fast charging and include a quad rear camera setup with a 64-megapixel primary sensor.

The Weibo post published by the Redmi brand underlined the arrival of the Redmi K30 Pro, without specifying any details around its official launch date. The post mentioned the discontinuation of the Redmi K20 Pro that was launched last year as the flagship offering by the Chinese brand to counter the likes of the Asus 6Z and OnePlus 7.

It is unclear whether the latest development is limited to the Chinese market or is applicable to global markets. The Mi.com website in India was still selling the Redmi K20 Pro at the time of publishing this story. Similarly, online sales partner Flipkart also had the smartphone for purchase in 6GB and 8GB RAM options.

An email query sent to Xiaomi India for clarity on the Redmi K20 Pro discontinuation didn’t elicit a response.

The Redmi K30 Pro is rumoured to debut with a 4,700mAh battery, an upgrade to the 4,000mAh battery available on the Redmi K20 Pro. The new smartphone is also said to have 33W fast charging and sport a curved display. If we look at some past reports, the next-generation Redmi flagship would come with a 64-megapixel Sony IMX686 primary sensor on its quad rear camera setup.

In addition to the basics, a Geekbench listing recently suggested that the Redmi K30 Pro would have a Qualcomm Snapdragon 865 SoC, along with at least 8GB of RAM. The smartphone is also believed to have the Snapdragon X55 modem to support 5G connectivity. Moreover, it would run Android 10 out-of-the-box, with MIUI 11 skin on top. 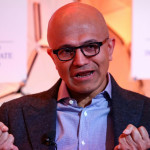 Microsoft to Invest $1.1 Billion in Mexico Over Next 5 Years: CEO 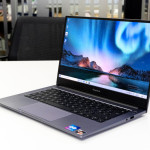 Don't miss a deal at Farfetch
Best offers at Microsoft Store
Discounts, Sales and Deals at Boohoo
Save your money with Bodybuilding
Online-Shopping with Argos
Best products at Adobe