Past reports have also suggested that Redmi Note 9T is expected to launch in India as well. It was spotted on Standard and Industrial Research Institute of Malaysia (SIRIM) certification site recently, hinting at a launch in several Asian markets. The IMEI number for Redmi Note 9T has reportedly been registered with C-DOT CEIR IMEI Verification as well, meaning the phone will come to the Indian market, along with other regions.

Apart from the Redmi Note 9 5G China model, the Redmi Note 9 4G variant that was launched in China is also reported to launch in India. It is expected to be rebranded as Redmi 9 Power for the Indian market. 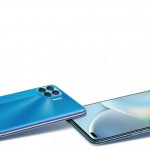 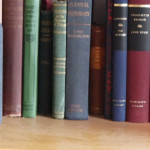 Don't miss a deal at Bodybuilding
Best offers at Newegg
Discounts, Sales and Deals at House of Fraser
Save your money with Carphone Warehouse
Online-Shopping with Adobe
Best products at Vimeo