Tipster Steve Hemmerstoffer aka OnLeaks took to Voice to share multiple renders of Samsung Galaxy M12. Hemmerstoffer claims that the phone has a plastic unibody with a flat display and a waterdrop-style notch to house the selfie camera. On the back, the Samsung Galaxy M12 has a squarish camera module that comprises four sensors and a flash. The back panel has a dual-textured design with a stripped upper section and a smooth glossy lower section where the Samsung logo is also located. This design is reminiscent of what we saw on the Pixel 3 series a few years ago.

The renders suggest that Samsung Galaxy M12 has a side-mounted fingerprint sensor and a USB Type-C port at the bottom edge. The speaker grille and the 3.5mm audio jack also sits alongside the charging port.

Previous reports claim that Samsung Galaxy M12 is tipped to feature a 6.7-inch display with a hole-punch cutout for the selfie camera. This refutes the latest renders that claim a waterdrop-style display notch. It is also expected to be equipped with a massive 7,000mAh battery as well. 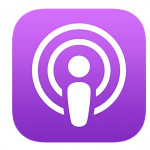 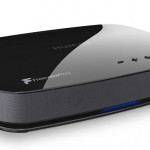 Don't miss a deal at Carphone Warehouse
Best offers at Go Daddy
Discounts, Sales and Deals at Microsoft Store
Save your money with H&R Block
Online-Shopping with The Home Depot
Best products at Boohoo