The Sony Xperia 1 is one of the most powerful Sony phones you can buy, but that means it’s also one of the most pricey, with a launch price tag of $949. Amazon’s got an antidote to that scary price – but it comes with a catch.

If you’re an Amazon Prime member, and based in the US, you can make the most of a Sony Xperia 1 deal that sees $100 off the price, but in exchange the smartphone comes with hands-free Alexa integration.

That might sound like a good deal – it’s an AI assistant that many people use – but this means the phone also comes pre-loaded with all of Amazon’s apps, like Audible, Amazon Shopping, Amazon Prime Video, and Amazon Music.

When a phone comes with loads of pre-loaded apps, it’s known as bloatware, as often these are applications the user isn’t interested in, and has to delete individually (if that’s even an option).

However, if you’re an Amazon Prime member you’re probably an avid user of at least some of these apps, so they won’t irritate you too much, and the reduced Xperia 1 could be a great deal.

Amazon wants Alexa on your devices

This is the first time we’ve seen Amazon force Alexa onto a device which doesn’t bear its own name, but it’s something we could see more off in the future.

While several Motorola smartphones have been Amazon-exclusive, like the Moto G7, we’ve heard that the rumored Motorola One Zoom will not only be only available on Amazon, but will come with Alexa integration, like the newer Xperia 1. Presumably, it’ll have Amazon’s apps on it too.

Then, there’s the rumored Fitbit Versa 2, which supposedly has Alexa integration, and can also control your home appliances, like an Echo Show.

While Amazon has had its hand in the hardware game thanks to its Amazon Kindle ereaders and Amazon Fire tablets, it’s new for the brand to put its software on other manufacturers’ devices. 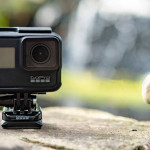 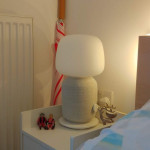 Don't miss a deal at Intuit Small Business
Best offers at Argos
Discounts, Sales and Deals at Boohoo
Save your money with John Lewis
Online-Shopping with Turbo Tax
Best products at The Home Depot